The Lord of the Rings: Conquest Delayed 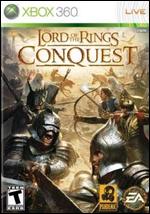