Get Ready to Have a Blast! The Anacrusis Launches on Steam Early Access and Xbox Game Preview

Season Zero of The Anacrusis releases with crossplay in Steam Early Access & Xbox Game Preview, bringing players three episodes of this sci-fi co-op shooter to explore.
Stray Bombay has released The Anacrusis, a sci-fi, four-player, cooperative first-person shooter today on PC (Steam Early Access, Epic Games Store, and Microsoft Store) and Xbox One/Xbox Series X/S in Game Preview and is available with full crossplay between all platforms. Priced at $29.99 USD, The Anacrusis launches with a 20% discount on Steam, Xbox, Epic Games Store, and the Microsoft Store. The game comes to Xbox and PC Game Pass players as a day one release.

“It’s launch day! After years of work and sharing The Anacrusis with thousands of playtesters, we are finally ready to launch. As we head out into Early Access, our small team is excited to build the next phase of The Anacrusis along with the community of dedicated fans of co-op shooters. We will be listening to feedback as well as adding new weapons, enemies, and perks, so please share your ideas on our Discord (https://discord.gg/straybombay/) and stop by and play a session or two with us!" - Chet Faliszek, Stray Bombay Co-Founder
This launch into Early Access and Game Preview serves as Season Zero for The Anacrusis, introducing players to the first four survivors of the alien attack across the first three episodes of the game’s story. In this first act, teams of four players explore The Isolode, a massive luxury starship stranded at the edge of explored space and infested with fearsome aliens with a far-out fashion sense.
Stray Bombay plans to begin their journey through Early Access/Game Preview with twice-monthly updates adding quality-of-life improvements, weekly challenges, bug fixes, and other adjustments based on community feedback. Additional episodes, weapons, and weekly challenges will be added before The Anacrusis exits Early Access/Game Preview in the later half of 2022.
Gear up with an arsenal of vintage sci-fi weapons, fantastical grenades, and over-the-top special weapons. Play and collect 40 perks, while the game’s advanced Director 2.0 tailors the alien hordes to create the perfect difficulty and intensity of combat for every group. Coordinate with your team to discover new perk synergies, find weapon caches, and take down thousands upon thousands of aliens as you claw your way to each episode’s finale.
The Anacrusis comes to PC and Xbox consoles in English, French, German, Brazilian Portuguese, Russian, Simplified Chinese, Spanish, Traditional Chinese, and Korean. 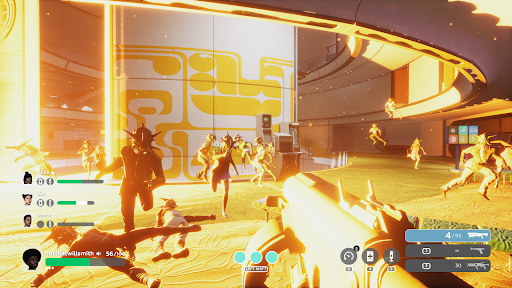 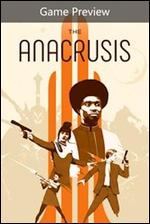 Xbox one no signal
Post by debrartin
0 Replies, 86036 Views