Modern Warfare 2 Boxart, Is It Real?

Infinity Ward’s Community Manager, Robert Bowling, recently twittered what is believed to be the final boxart for Modern Warfare 2. (pictured below)

What’s worth noting here is that "Call of Duty" is now back on the box. The title was previously removed and the game was to simply be called Modern Warfare 2.

This move should come as no surprise to fans. A survey conducted last month suggested Activision could be losing a large chunk of the game’s brand awareness by dropping the "Call of Duty" title from the series. 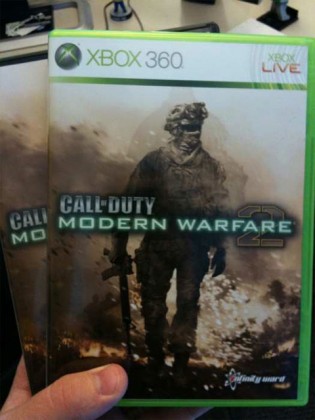 We here at the office are a little skeptical about how final this design is, though, considering the game is still far away from its November release date.

We reached out to Activision to confirm whether or not this is indeed the final packaging. We’ll update you when we know.

Update: This statement from Activision is being passed around on multiple websites, however, IGN has yet to receive an independent confirmation.