There are many schools of thought concerning the development of fiction. The most common is the one we most readily associate with; introduction, climax, conclusion. Regardless of the medium, these 3 'acts' have become the tried and true method of story development since mankind first communicated. One of the biggest problems that all video games have to face, is how to structure these story acts into the unique experience of individual gamers.

Alan Wake was, arguably, the most anticipated game for almost five years. Yet here we are a few short months after its release discussing, what is rumored to be, the final episode of downloadable content. Like myself, many had hoped to see numerous installments, injecting endless hours into the twisted world of such an incredible gaming experience. Fortunately (or unfortunately), the initial offering was a tremendous success and as such, the game developers are opting to seek more of an Alan Wake 2 approach to the series rather than drawing out the original story arc. 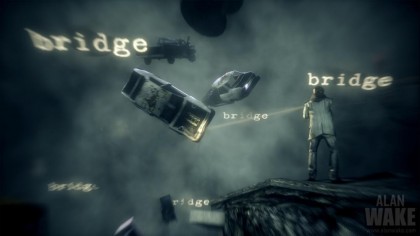 "Alan Wake: The Writer" clearly seeks to accomplish what all good writers attempt in the third act; they seek to neatly wrap up all of the issues and confusion remaining of any frayed plot points. Chief amoung the tattered elements was the simple question of 'why?'. Does 'The Writer' clearly address and package these issues for the gamer?...sort of....does everything finally make sense for Alan?....sort of....is everything resolved?....sort of...

In my experience, the third act, must be very frustrating for a writer. By the middle of the third act, you know your characters, the main plot points have been identified and addressed, you understand most of the catalysts surrounding the core of the story and you have driven your story through to its dramatic tipping point. However, questions remain, minor issues still need to be resolved and the reader needs to feel good about the future of your key figures. Needless to say, the third act is relatively uneventful; it can be likened to the end of a rollercoaster ride....its over but the ride hasn't stopped at the gate just yet.

What is intriguing about this final installment is how we interact with the imaginings and twisted imagery of Alan's psyche. Like 'the Signal'; we are trapped in Alan's mind but we are becoming aware of how to interact to create advantages (of course, it helps that a couple of 'friends' show up along the way...don't worry, no spoilers here). 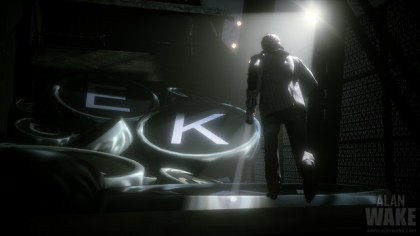 There aren't nearly as many attacks coming from out of the blue, but the surroundings are even more 'dreamlike'. Simply running toward light is fraught with minor puzzles which really adds to the repertoire of the Alan Wake saga. The biggest downfall of this installment to the series is that the nightmarish attackers have lost a lot of their shock value. Thankfully, this DLC adds new ways to vanquish these foes other than the usual shine and shoot affair and again, it works to showcase how Alan is slowly coming to terms with (and recognizing) opportunities to manipulate his surroundings.

"The Writer" is a must play for anyone that has experienced the Alan Wake series and you won't be disappointed in the top notch development. Featured as an additional episode, this DLC will run 60 to 90 minutes to play through (longer if seeking out all of the achievements...good luck on a few of them...). While other achievements had us chasing thermoses, alarm clocks and cardboard standees, we are treated this time around with seeking out copies of the Alan Wake video game. A fitting achievement in my opinion (fitting to have a game, where you play a writer, seeking out copies of a game in which you are a writer). As with the entire series, do yourself a favour and play this game late at night, with the lights out and a good pair of headphones dialed into a near deafening level.

As I've stated before, we are being treated to some of the best story telling across any medium. From gaming's attempts to feature cinematic moments to the array of new and exciting game ideas, we are experiencing some of the best entertainment ever featured. What is most evident to me as I have reviewed the Alan Wake series is that as much as I have approached the review from a gamers perspective, I cannot help but see the title as a top tier fiction offering. For the developers to so immerse a player into this wonderful story is an achievement unto itself.