Xboxaddict was lucky enough to have checked out an early preview of the massive title coming this November: Call of Duty Modern Warfare 3 and the new service now unveiled: Call of Duty Elite. 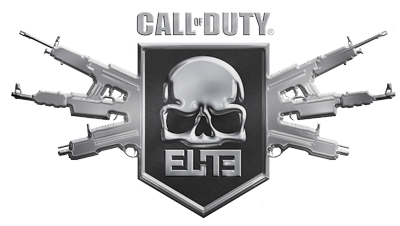 While there was no hands-on time with the coveted MW3 we did get to see some new gameplay video shown to highlight some of the new features and what we can expect from a cinematic point of view. Much like the trailers out now, not much was shown but we know you'll be fighting in major cities all across the world. 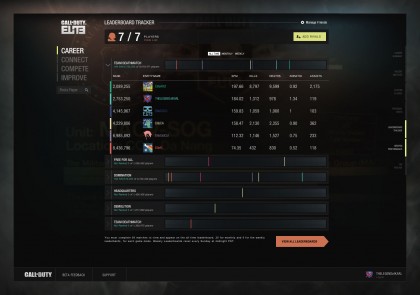 The first level shown was in downtown New York that looks like it's just been through hell. The atmosphere is dark and war-torn and you're getting shot at constantly. You'll be fighting through the streets and even in the Stock Exchange floors. The first thing I noticed that stood out was the new split scope. You have your normal red dot sight on the gun, but you're able to flip up a scope that just hangs to the side of the red dot to add a zoom to your gun. It seemed to work very well as the player was able to zoom in with the scope, take some enemies out and then when he was in range, drop the zoom scope and use the standard red dot for more precision. It seemed very useful and I'm wondering if this will do away with having to sometimes carry a gun you don't want to simply because it's zoom is much better to snipe further away targets. 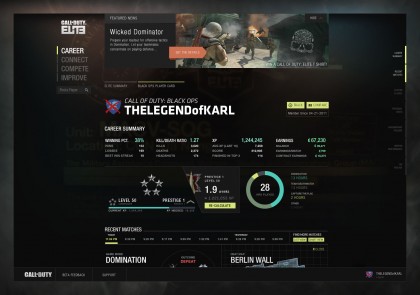 The second level shown was in London and as you fight your way to a truck, you hop on the back of it as it takes off. You're eventually barreling down a subway line chasing a speeding train that eventually crashes and you narrowly avoid oncoming debris and wreckage. It was cinematically intense which is what the series is known for. While it did look very similar to the previous games in the series (art style, markers and same fonts) from what was shown, we'll have to wait for more details at E3 to emerge to find out more. 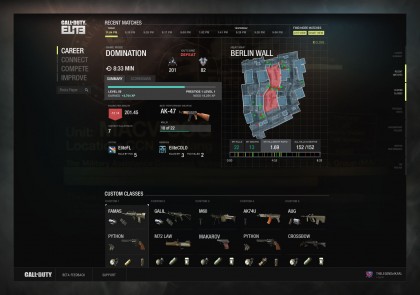 Next on the list is what a brand new studio Activision has opened up has been working on. Beachhead will be the ones responsible for what's now known as Call of Duty Elite. What is Elite you ask? Think of when you finish playing Halo for the night and you head over to bungie.net to check all your nights gaming stats then go even further in-depth. 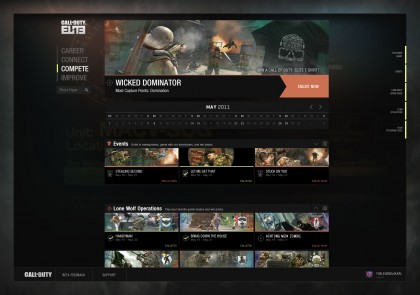 Elite will give you a breakdown of all of your Call of Duty played games to see your stats, compare to your friends and even how to learn to play better. If you're one of those stat freaks to like know every little of bit information of how you've played, you'll be able to see a heat map of every kill and death so you can see where and how (and which weapon) you died or killed someone. 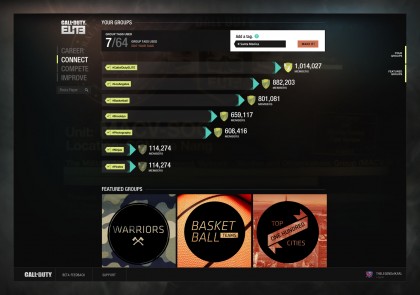 If you want to improve your game, then click the Improve tab and you can pick any map, weapon, attachment or perk to explain exactly what it does, how it works and tips on how to play with said item better.  Maps will show you a top-down view and show exactly where the objectives are (and tips for each section) and weapons will even show you videos from pros showing how to use said gun better.

While Activision has come out and said they will not charge for their online multiplayer, Elite will have a subscription fee to make the most out of it. Unfortunately at this time the price has been undetermined as of right now and there weren't a whole lot of concrete details finalized yet. There may even be a complete package that will net you the dlc for the duration of your subscription, but again, nothing was promised or final. 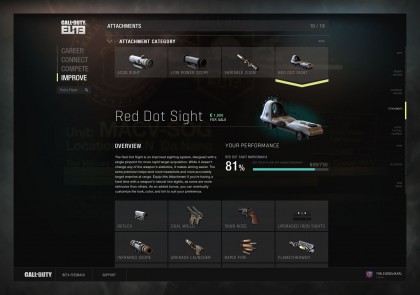 Elite is clearly a very cool addition for the COD player that wants more from their constant gaming sessions but it will clearly come down to pricing for most players, myself included, to decide if it will be worthwhile having a subscription for.  Check back for more info after E3 and the months leading up to launch.