It’s not common for indie games – especially those that take the form of LIMBO like puzzle/platformers – to receive downloadable content. Tarsier Studios has bucked this trend though, with Little Nightmares and its three part ‘Secrets of the Maw’ DLC expansion. The DLC is one that only slightly changes things up, by putting players in the shoes of another character, who’s also running, swimming and hiding away from monsters because his life depends on it. At the time of this review, two of the three confirmed episodes have been released. We’re just catching up to the story now, and will be focusing our thoughts on the second part, while referencing its predecessor.

Dubbed ‘The Hideaway,’ Little Nightmares’ second piece of paid bonus content is all about solving puzzles while avoiding (and simply hiding from) the ship’s disturbing Janitor. This is accomplished by using crawlspaces, crevices, levers, and other hiding holes to one’s advantage, all while dodging the creepy creature and his incredibly powerful nose. While he may be blind, the Janitor isn’t one to take lightly, because he’s able to pinpoint a child’s location using only their scent, and he is quick on the draw whenever he catches a whiff. 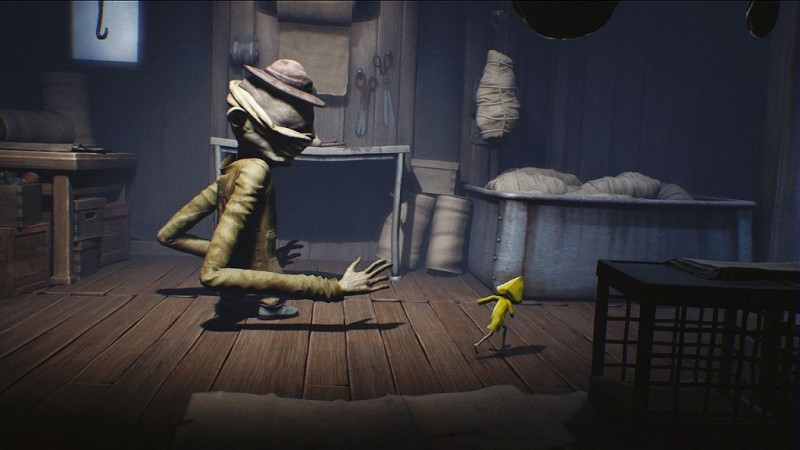 What’s interesting about the Hideaway is that it presents a very evident change from that which came before it. By that, I mean ‘The Depths,’ which acted as the game’s first DLC episode and ushered in the Runaway Kid and his parallel story.

During the Depths’ hour-long runtime, players were tasked with escaping from the Granny, a barely seen monster who did her best to mimic Jaws. Like its name suggests, lots of the segment’s gameplay was spent in and around water, creating a wet game of cat and mouse. To succeed, the Runaway Kid would have to jump from one box, drum, or other piece of debris to another, while trying to avoid spending much time in the water. Of course, this was easier said than done, and the trick was to run and jump as far as one could, so that the swim to the next makeshift platform wouldn’t be so long. Granted, it’s not like the entire episode took place in or around water. Lots of it did though, and most of its memorable moments dealt with the liquid. As a whole, said opening act was also very tense, immersive and intriguing, and lots of that had to do with these segments.

Unfortunately for those of us who really like this game, the Hideaway stumbles some, and ushers in an unexpected and disappointing drop in quality. Don’t read this as me saying that it’s bad though, because that isn’t the case. Nothing about Little Nightmares has been anywhere close to bad so far, and even though this second of three episodes isn’t quite up to par, it’s still half-decent overall. 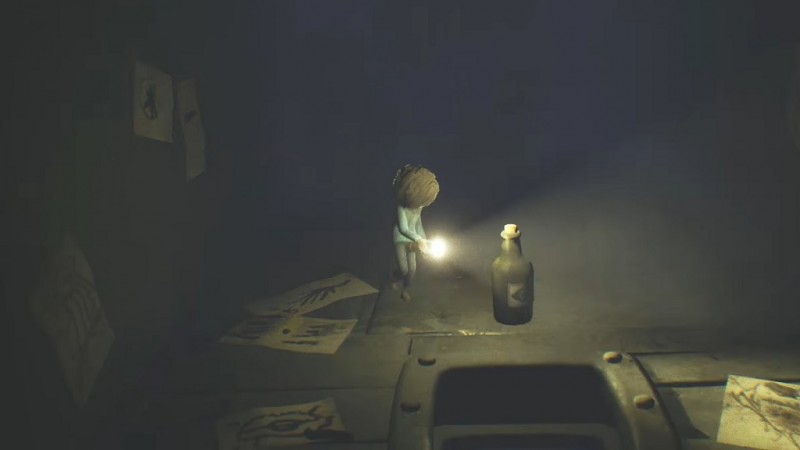 Truth be told, I really missed the water segments and found that a wow factor was missing from this episode.  The developers do deserve credit however, for making both parts of this DLC feel different, despite being part of the same side story.

In place of water and shark-like attacks, the Hideaway is full of lots of stealth, and some decent physics puzzles. The Runaway Kid is aided in his quest by the little gnome creatures who can be seen throughout the ship in the core campaign. By hugging them, he’s able to immediately release them of the fear they once had, thus turning them into a tiny army. Most of this one to one-and-a-half hour adventure is built around saving and enlisting gnomes to aid your cause. They’ll shovel coal into an engine, which will then open doors and move gears that can be used to reach new areas. On top of that, they’ll also be your best friends when it comes time to push a mine cart through more than a couple of different rooms. 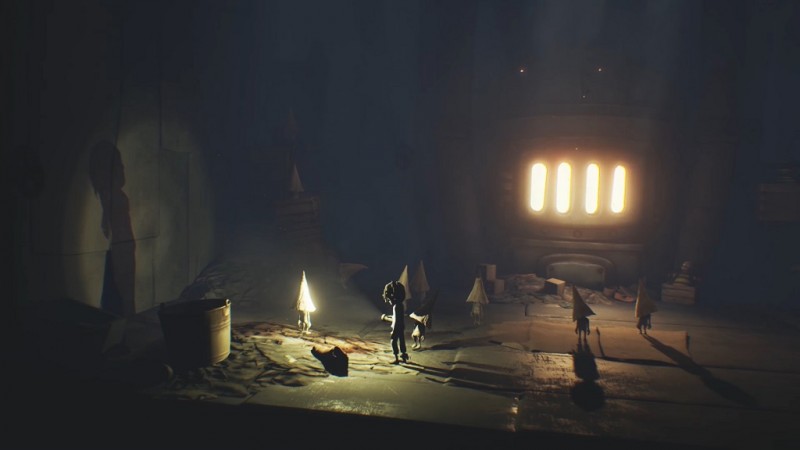 There are multiple times though, where you’re on your own and must avoid the Janitor through old-fashioned stealth. This means moving when his back is turned, running when he starts to sniff, and being quick to hide or get away when necessary. Timing is the key to at least one of the major puzzles he inhabits, but so is stealth, and it becomes ever important during a couple of dark segments where the Runaway Kid must avoid stepping on coal, because it makes noise. For the most part, this is a decent set of challenges that adds to an already very good game. That said, it's a bit too slow and methodical, and lacks a wow factor, which is something that both the main campaign and its first piece of downloadable content had. The A.I. also stumbles at times, making it so that the player must go back and grab gnomes who’ve decided to sit still.

Overall, the Hideaway serves its purpose and gets the job done, while offering some fun and lots of cute aides (those gnomes are cute). It also looks beautiful while doing it, thanks to Little Nightmares’ fantastic, but very disturbing, art direction and the impressive visuals that help those creations shine.

**This review is based on a code that we were provided with. We played it on an Xbox One X.**