A month remains before Gears of War 5 is due to launch, meaning that the countdown towards release has entered its twilight phase. For this reason, Microsoft is busy ramping up its promotional tactics, with videos and the unveiling of the game’s limited edition Xbox One X console, complete with a special, wintry controller. It’s also the cause for the recent release of Titan Books’ prequel novel, Gears of War: Ascendance, which was penned by author Jason M. Hough.

True to its word, Ascendance is the official bridge between the end of Gears of War 4 and the beginning of Gears of War 5. As such, it allows fans to find out what many of their favourite characters got up to and dealt with in-between games. It does a good job of this, too, by presenting an interesting story that manages to both entertain and pique one’s interest in the next campaign.

Things pick up after the events of Gears of War 4, and find Kait dealing with the loss of her beloved mother. Together, she and her comrades pay tribute to the woman by building a rock-based shrine that memorializes her life, before setting their sights on the horizon. Plagued by nightmares, Kait is a sleepless woman who’s getting by on fumes. She’s also grief stricken, and is burned out from heavy battle alongside the former COG soldiers at her side. Plus, there’s also the matter of the strange amulet that her mother gifted to her before passing.

As is often the case in series like this one, little rest awaits the weary group. Although they travel back to the shiny, COG-protected city of New Ephyra for some downtime, tensions are high due to their prior confrontation with First Minister Jinn. Unsurprisingly, the hardheaded leader also has some plans of her own for the soldiers, some of which aren’t well received.

It isn’t long before the new orders and regulations, as well as the confines of the big and bright city, get to certain members of the team, who go their own ways. Meanwhile, the Swarm continues to threaten Sera and its inhabitants, with reports showing potential activity at a former Locust grave site located in the middle of nowhere.

Through this set-up, Gears of War: Ascendance delivers a story that features battles on more than one front, and provides a third-person account of more than one tense encounter. However, despite the familiar team (Marcus, JD, Del, Kait, Sam and Baird) split between different parts of the games’ world, they still manage to work together in interesting ways. All the while, they must deal with Jinn’s stubbornness, as well as her preferring to rely on unsuited security robots instead of human soldiers.

Author Jason M. Hough does a good job of keeping things interesting, during both intense action scenes and the periods in-between. There’s a good mix of both to be found here, allowing for some interesting downtime in-between the moments of pure, unadulterated Gears of War action, that fans have become used to. Furthermore, all of the characters (including two new ones, in the form of a couple of badass twins) have a good amount of depth to them and come off the pages sounding like they do in the video games.

Running 353 pages in length, this prequel and bridge novel is pretty well written and doesn’t have much in the way of glaring issues or grammatical problems. There’s the odd error to be found, such as when a gnasher is referred to as a rifle on one page and then a shotgun on another, but it’s an otherwise solid and rather well edited affair. Moving on, the book itself is also quite nice, with a decent cover and an embossed and textured feel.

If you’re a fan of the Gears of War series, you’ll likely find everything contained within Gears of War: Ascendance to be of interest. It’s a good book, which helps prove that licensed and tie-in novels can be solid reads. Furthermore, those who consider themselves hardcore fanatics will want to read its story in order to know what happened to their favourite characters in-between games. After all, we don’t know how much of this backstory will be hinted at within Gears of War 5. 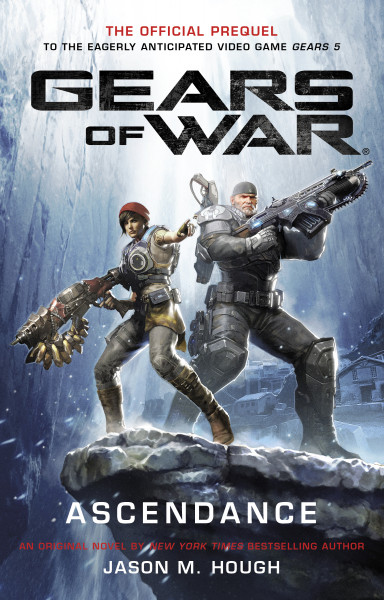 **This review is based on a copy of the book that we were provided with, through its publisher: Titan Books.** 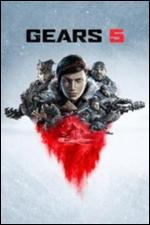