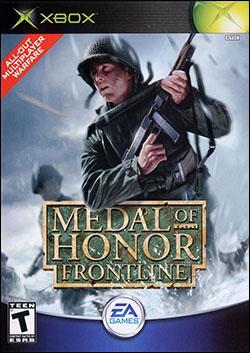 September 30, 2001
When you usually think about First Person Shooters, do you immediatley think of monsters and rocket launchers? Well all thats about to change thanks to Medal Of Honor : Allied Assault. If you have ever played the PSX prequel to this game titled Medal Of Honor : Underground, then you know exactly what to expect from this game. Tons of accurate WWII weapons, Ultra Intelligent A.I., multiplayer modes, authentic locations and textures, and tons of voice work. But if you think you are gonna just run out guns ablazing, think again. This sequel requires just as much, if not more stealthness along with strategic assault. Many missions will require sneaking into areas and taking out alarms or guards that could summon unwanted lead into your brain.


As for character models, they all seem to be highly detailed and articulated as not to look like robots moving. Facial expressions change, moods become apparent, even damage from a wound will all look realistic as possible. Weather patterns are also a big part of the game. Snow, rain, hail and thunderstorms are all playing a large part in not only the atmosphere but the overall way you play the game.


A Specific date for the release of this game has not yet been announced, but look for a Fall 2001 release date.

Xbox one no signal
Post by debrartin
0 Replies, 48704 Views