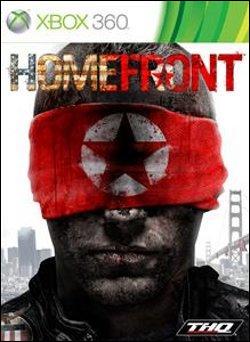 
Most of us spend any number of hours (usually at work) thinking about the future. What opportunities will there be, where our experiences will take us, how much money we'll have and what changes, in general, we're likely to experience. For the most part, any realist will be able to accurately predict their own personal scenarios based on past experience. Now, for a moment think about the things we haven't (and couldn't have) accurately predicted. Take for example: who could have seen the Xbox becoming the mammoth of the console market it is today? -- could we have foreseen the wave of communication devices that seem to dominate our lives? -- who would have thought that these same tiny technological marvels would contain a HD camera? - and let's not forget the Middle East...could we have predicted that we would still be there 10 years later? Often you'll find that someone did consider certain outcomes but the verbal majority considered it so farfetched that those ideas were quickly dismissed. 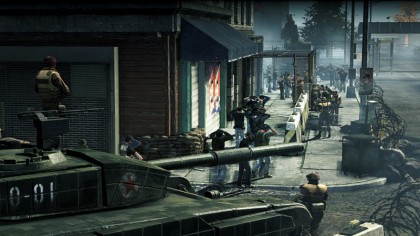 In mid October, THQ invited xboxaddict.com to visit their brand new development studio in Montreal. And, as a follow up to their Multiplayer event, THQ had attending media experience the single player campaign aspect of the highly anticipated "HOMEFRONT". HOMEFRONT is a story driven First Person Shooter with a unique vision:

"The year is 2027. The world as we know it is unraveling after fifteen years of economic meltdown and widespread global conflict over dwindling natural resources.

A once proud America has fallen, her infrastructure shattered and military in disarray. Crippled by a devastating EMP strike, the USA is powerless to resist the ever expanding occupation of a savage, nuclear armed Greater Korean Republic.

.....The threat of nuclear annihilation has been eclipsed by the pain of the brutal occupation. .....Sales clerks, mechanics, students, your neighbor down the street; you are all the last line of defense... This is your Homefront..."

After experiencing a small piece of the single player campaign, it is clear that the developers have drawn on real world events to create a possible, if unlikely, scenario. The delivery of the story deserves special recognition as it quickly and methodically pulls you into the moment, while making you consider the very real forces at work on the global stage. All this is achieved with the story itself; when you throw in the heart wrenching visuals on screen you cannot help but truly feel for what takes place within the game. An almost intuitive need will have you immediately wanting to take up arms against your oppressors; by the time you pick up your first weapon you are compelled to fight.

First Person Shooters are not new, but it is the quality and attention to detail that will set HOMEFRONT above most offerings. At the press conference for the studio opening, THQ studio's Danny Bilson stated "There's no room for average games any more in the world, I promise you [Homefront] competes with everybody else in the genre; in the shooter genre, in the action genre, or what I like to call the 'you're in the movie' genre." While this could be the posturing of a proud developer, THQ backed the statement up with some quality time at the controls.

The preview we experienced was in need of some minor polish but, from the controls and sound to the visuals and gameplay, the game presents well and is poised to take a prominent lead in the genre. The most notable moments in the presentation were: the opening sequence...this will get your heart pumping, although the developers have hinted at toning this down slightly (for the sake of intellectual integrity I hope no changes are made) and the final moments, as we took to guiding the mammoth, radio controlled attack vehicle, aptly named Goliath....the level of destruction is beyond satisfying, while maintaining a sense of urgency and danger. 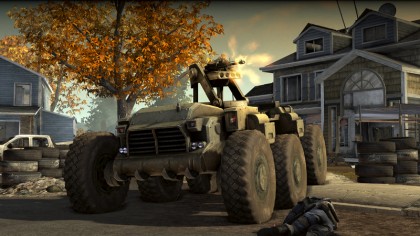 For any naysayers out there, it should be noted that the "speculative fiction" of HOMEFRONT has been written by John Milius, who co-wrote Apocalypse Now and wrote Red Dawn, while the back story has been developed with the assistance of CIA consultants who focus on potential attacks on the United States. The HOMEFRONT narrative is so compelling that THQ has announced a tie-in novel written by John Milius and Raymond Benson and is due out shortly before the release of the game.

HOMEFRONT is due on shelves in March 2011.