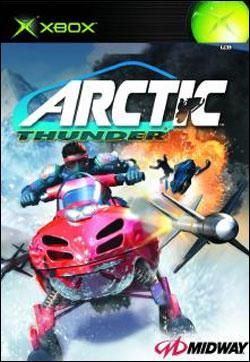 The over-the-top arcade boat racer known as Hydro Thunder has brought much anticipation for Midway's next-generation snowmobile adventure racing game titled Arctic Thunder. After Arctic Thunder finally made its appearances at the arcades, I found that it plays much like Hydro Thunder, but it additionally features a hand-to-hand and weapon combat system used to attack your opponents.


The attack button will let you throw atomic snowballs, launch proximity missiles, use a super attack, and punch opponents as you pass them by. There will also be a health bar in there but we're not sure how it will affect game-play on the Xbox. We're sure the attack system will comply excellently with ground-based mountain hills. There are characters that punch stronger and throw harder than others, each with their own customized snowmobile.


Mau Zhui Lin is a female gymnast, Willie Quinn is a Jamaican bobsledder, Candy is a Hip-Hop Queen, Agent 5 is a Secret Agent Spy, and Dirty McKurdy is a mean and dirty racer. Once you've picked your character, you can race across 12 tracks. Each location has stunt points, shortcuts, and riveting jumps. Power-ups including boost, shield, health, snowballs, and super attack give you a special ability for a limited time period.


The many track locations featured in this game include the following: