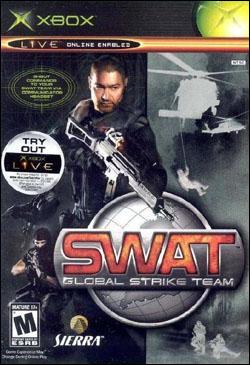 What do you mean I can't shoot him? He's the bad guy isn't he? Alright, just handcuff him and the hostages and move out! SWAT: Global Strike Team gets the users into tactical based action with a little more realistic ways of handling the terrorists. This makes the game different from the other tactical first person shooters out there. Several similarities still remain with this game and the others. Overall the game has fun gameplay, graphics that aren't amazing but aren't lacking and a great job done on audio. I will go into detail on each of these aspects of the game and give everyone a heads up on the game SWAT: Global Strike Team.

SWAT: GST plays out like most tactical first person shooters, with a few differences. One thing I find this game has over the others is yelling submission commands at your enemies. You must warn them to drop their weapons and to surrender. If you fail to do this and just open fire you will get a lower mission ranking. One exception to this is if the enemies open fire on you first. Your goal isn't to kill every enemy you meet, but to at least take them out of action and restrain them from causing more harm. For those of you that just have to kill everyone don't worry, if you have given fair warning or they open fire on you, you will be allowed to take them out. Just make sure you watch out for hostages, killing them would reflect poorly on you and your team.


Speaking of the teams, you will be accompanied by two other SWAT officers. A sniper and a electronics and explosive expert. These teammates will come in handy plenty of times throughout your missions. Players will even be able to take control of these team members during certain parts of your missions. This adds a little variety in the game I believe and allows for players to keep from getting bored just commanding your team all the time. You really learn to appreciate your teammates when looking through their eyes in situations that your main character can't handle. Try zooming in and sniping terrorists on rooftops at far off distances with your shotgun, you'll find that your teammates sniper rifle will come in handy in these situations. This game also features voice commands via your Xbox live headset. This makes the game easier to play being able to just speak your command instead of pressing the button combinations to get the same effect.


Now on to the weapons. You have a limited selection of weapons in this game. What makes up for the lack of weapons is the upgrades you can apply to them. After completing a mission successfully you will get points to buy upgrades for your weapons. Upgrades consist of recoil dampers, larger clip capacity, zooming capabilities and higher damaging rounds. You are allowed to carry one primary weapon, one side arm and a choice of grenade. Along with your weapons you will automatically be equipped with a gas mask, night vision goggles, glow sticks and binoculars. No you won't be attending any raves with your glow sticks. The glow sticks to me actually seem quite useless but that's just me. I believe the night vision goggles are great and don't ruin any visibility when using them. The gas mask however does limit your visibility, but I imagine that's how it would be in real life. I haven't been gassed too many times in my life.


The campaign missions do get a little repetitive. For the first five or six missions you will keep your interest perked but if you don't grow tired of rescuing hostages and disarming bombs easily then you will be on the edge of your seat the entire game. There are twenty plus missions in this game to keep players coming back for more anti-terrorism goodness. When finishing your missions you will receive medals based on your performance. Good luck getting all seven different medals you are capable of getting. There is also a Time Attack mode where you can try to beat your best times running through a mission. So for those people intent on being fast this is a good feature for you. Now for what seems to be the most important to gamers these days is the multiplayer modes. Yes this game includes limited multiplayer gameplay. You will be able to play split screen with four players. Sorry Xbox Live users, this is not a feature included. System link is missing as well from this game. Your multiplayer modes are limited to four player split screen, two player cooperative and two player cooperative time attack modes. I know I can hear the boo's and hisses from the players but give this game a chance with a few of your friends. You may find some of the game types in the deathmatch quite fun. SWAT is armed with six different game types under deathmatch. One thing I find to put a damper on the fun of deathmatch is being able to tell where your enemies are constantly throughout the game. There will be an arrow showing where on the level your enemies are and a distance meter showing how far as well. This takes the fun away from trying to sneak and find your enemies, but does keep players from climbing into a sniper spot and sitting. This is defaulted as turned on, you can turn this feature off, just goto the game options when picking your game type. Your welcome to anyone that didn't feel like taking the time to figure this out.

The graphics of this game aren't groundbreaking but they are very attractive. I do admit the character animations are quite nice. Just don't get to close to the characters. While playing multiplayer I moved in really close to a friends character and noticed the horrible facial details. This really isn't an important issue with the game since you won't be trying to talk to your enemies up close and personal. The levels are laid out well and you will feel you really are walking through the location the missions are based on. The graphics of the smoke from grenades is very nice as well as the flash from your flash grenades. There are better flash grenade details in other similar games but killing your vision for a few seconds with white light and barely being able to see anything is effective enough for this game. Along with the bright light you will hear the high pitch ringing noise if caught off guard by one of the flash grenades.

The audio in this game is done very well. The voice acting is done quite nicely and doesn't sound poorly recorded or cheesy. Unlike other games you won't be muting the TV to avoid hearing the voices. Along with the nice voice acting you will be bombarded with great sound effects for your weapons. Every sound that falls upon your ears are very realistic and well above par.


Swat also features an original musical soundtrack. The music is something if you pay attention to, will be noticed as very nice recordings. Even with more and more games adding the support for custom soundtracks, this game doesn't support custom soundtracks. A pity, but it would probably be hard to concentrate on your mission objectives if you are listening to music that you would get into more then the actual gameplay itself. 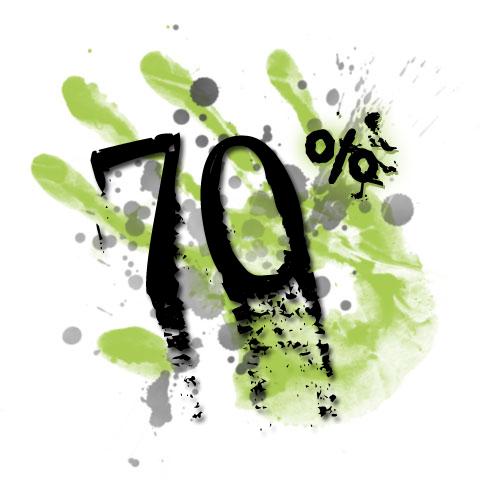