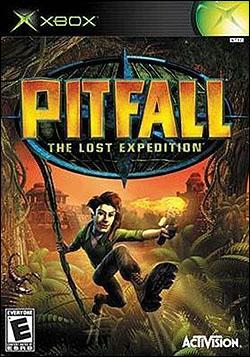 Pitfall - that great game we all remember playing for hours straight on our Atari 2600 systems when we were kids. Yep, the game's star, Harry, has come a long way, moving through various platforms, Jaguar, SNES, Playstation, even PC. Sure, we'd all like to forget all about Super Pitfall for the NES, and maybe this incarnation will help...


When you first fire up this game, you are thrust into the middle of a battle with a demon tiger - a glimpse of the future, it seems. I don't know about you, but I have this thing where if a game starts off anywhere but the beginning or with a different character than the star, it automatically gains a few points in my books. Take for example, Neutopia II for the Turbo Grafx 16, where you start off fighting a giant squid-like creature as your father... I don't know what it is, but I just like it. I think it helps me keep my interest; appeals to my curiosity, perhaps. Whatever it is, it works.

On top of the interesting opening, the actual gameplay is amazing. I like how you can use the right thumbstick to wave your hand around so as to taunt your enemies. Or at least that's what I thought it was for until I got the first item, the canteen. Heh. As it turns out, the developers came up with a quite clever use for that thumbstick. You can use it to pick up objects, such as idol statues (which you can use to buy other things from shamans), press or pull switches, as well as use your other equipment. Using the canteen as and example, you press down on the thumbstick with it equipped, and it will fill up with water, so long as you're at a healing fountain. Press up with said canteen in hand, and you will drink from it, replenishing your health. Each other object of your arsenal makes similar use of this control. It does take a while to get used to this difference, at least for me, since I'm used to having that thumbstick for camera control.


So, with a game like this, you do need camera control, so what did they do with it? Well, they narrowed it down to rotation using the left and right triggers, as well as using the white button to allow you to enter a free-look mode (not unlike the one found in The Hobbit while in rock-throwing mode). It works well though.


Further into the cool factor of this game are the simple combos that you continually learn. Press one button, then another, and you'll do a different move. Sweep-kicks, jump-kicks, and so forth add much-needed variety to this game's combat system. There isn't tons of fighting in Pitfall, but these extra moves make it enjoyable.


If you don't like the standard running and crawling that you find in pretty much every game like this, then you will be amused at the ability to curl into a ball and roll your way through the jungle. Except, of course, when you need to swim, jump, climb, and swing from vines. All of these activities are easily accomplished due to the highly intuitive controls. Another nice touch is that the faster you press the swimming button, the faster Harry flails his arms. It's also cool to be able to slide down vines and swing on them back and forth. I also like how I can fall down nearly unlimited heights and not lose health. Sure, it's not realistic, but it means I don't have to worry about all the jumping puzzles as much (well, unless there is no bottom below).


Jumping over rolling logs and onto crocodile backs are elements that have translated well from the older games to this fully-3D environment. The enemies that you encounter will be sleeping (in which case you can tip-toe around them), throwing things at you, and so forth. A nice variety, and all in all, this game is a welcomed great new take on an old classic concept.

If I didn't know better, I'd say that this game took many elements from The Hobbit... The controls are more refined, but the overall look and feel is quite similar, at least in my opinion. For example, there is a lot of green in this game (at least in the beginning), and they both share the cartoony 3D look. I would say that Pitfall gains points in the cinematics department though. The characters are all detailed, and the camera cuts are movie-like. And the element of humor in this game is great. Just watch the opening scene on the plane, and try not to laugh.


The in-game animations are good, and lots of little details are there, including lots of butterflies in the air, leaves and grass, as well as water ripples. Really, this game is a visual pleasure, and the graphical details don't detract from the superb gameplay.


The only bad thing about the graphics is that text is hard to read, at least for my bad eyes, in the menus. Luckily, you don't need to spend much time in there.

The game sounds are pretty sweet. Ambient jungle sounds in Dolby Surround goodness, coupled with an Indiana Jones-esque soundtrack create the ultimate jungle adventure gaming mood. If you're not into the music, you can turn the volume down or off, but it does seem to fit well.


The character sounds are good too. Not too much repetition, and no major issues that I noticed with clipping or sounds cutting out abruptly. You can hear everything from the splashing of your arms in the water to the jaws of pit traps chewing on you. Harry's voices won't even get on your nerves because they aren't overused, which is definitely nice to see (or hear as the case may be).


The voice acting is great, and did I mention humorous? I loved the opening clip with the narration part. Quite a nice touch.


Overall, the sound works well with the gameplay, and I found that it is quite easy to immerse yourself in the game. If you were a fan of this series, the original game in particular, you would probably love this 3D adaptation.

Suggestions:
This is a great re-visitation to the roots of my gaming experience... Thank you for doing such a great job on this game, and the only improvement I would say is make it harder to miss jumping between vines... And that's a minor complaint, really. Keep up the great work! 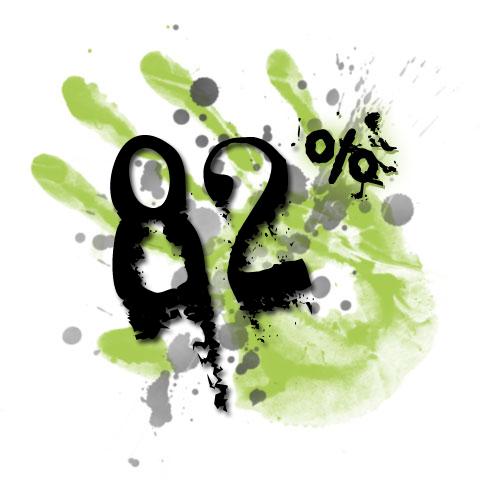