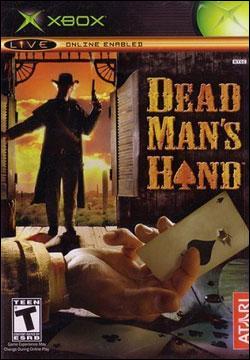 It was the happiest day of your life when you were accepted as a part of the crew. With you as a member, the gang now makes ten (a nice, even number). You do everything as a unit and it?s as if when you?re all together nothing can stop you. Life seems perfect. Then one day your boys start doing some things you just don?t like. At first you look the other way, then you try reasoning with your them, but in the long run nothing works. When you finally share your feelings with your ?friends,? they don?t seem to show much sympathy for you plight. After a bit of a round table discussion, it is decided that you and the crew are going different directions and some downsizing is necessary. That?s when they give you the boot, via gun fire. But don?t worry, things will start looking up. The good news is you survived the shooting and you?ve been discovered by the local militia. The bad news is you get locked up because of your association with your former friends. After some time in a rather small cell, you manage to escape during a daring prison break. With your new found freedom and a shotgun in hand, it is time to find those so-called ?friends? of yours and downsize them. Just pray that in the game of western life you?re not dealt a Dead Man?s Hand.


Take on the role of El Tej?n, a gunfighter hell bent on revenge for the men who left you for dead in this latest first person shooter. Nine outlaws with targets on their backs will fall one-by-one at your hands. But don?t think it is going to be an easy hunt. Since the double cross the nine have gone their separate ways and have formed new gangs stretching all over the land. So when you come a riding into town or travel through the barren wastelands, be ready for waves of outlaws looking to take you out before you can get anywhere near any member of the nine. Armed with a pistol, a rifle and a shotgun, you set out to collect the price on the nine members? heads and get some payback for the life they nearly took away.

Not since the ghost town level in Time Splitters 2 has the Old West been captured so amazingly in a video game. From the weapons selection to the layouts of the areas, things are kept true to life in Dead Man?s Hand. At the beginning of each new level, you select a single pistol, a rifle and a shotgun to use in the world of outlaws. Along the way you can pick up and use items like dynamite and whisky bombs for a bit more bang for the buck. In addition to the weapons, Dead Man?s Hand offers more then a few trick shots to keep things interesting. In addition to the standard ?shooting everything that moves? strategy that is the norm in most first person shootings, you can use the surrounding environment to take out the bad guys. Shoot powder kegs to cause massive explosions that can take out a number of enemies at once. Trapped under fire by an enemy standing on a balcony? Then shoot the balcony right out from under him and watch everything come a falling down. Along those same lines, shoot at barrel hanging above an outlaw and watch him get crushed to death. You can also kill by fire, knife, or get off a head shot which blows their hats clean off.


So why should you take all the time to pull of these trick shots? Aside from just being cool ways to take out the enemy, it creates shot chains. When taking out the bad guys, you are awarded a number. That number is a shot chain number and as long as the chain is filled, the more points you score for the kill. In addition to awarding you more points, the chain also builds up how many powershots you are allowed. Powershots give you more fire power using the secondary fire button. Examples of powershots include scope aiming with certain rifles, blasting two barrels at a time with the shotgun, and firing bursts with your pistol. The powershots come in real handy when dealing with boss fights and multiple enemies at once.

Overall, the game play is monumentally fun. Enemies can come from virtually anywhere and it can be tricky finding them. Levels in the woods and desert are particularly tricky because of all the potential hiding places where outlaws can surround you. Things only get more complicated when you have to take to a horse and have the same enemy situation to deal with. So much for taking the enemy by surprise in those situations. Also, as the game progresses, you have to be aware of not only the bad guys, but of the environment around you. During the mountain levels, the outlaws are waiting for you and have set up a number of traps that will kill you before you even figure out that you?ve hit a trap. It is all about taking your time, especially in blind situations when enemies can come out of no where, and being fully loaded at all times.


?But why the title Dead Man?s Hand,? you maybe asking yourself. Besides being a really cool name, the game involves poker as well as shooting bad guys. Before the start of each level, you will be dealt five cards with the intention of playing some five card draw poker. Like standard video poker rules, you need to get at least a pair here if you want to win. What?s at stake? Ammo and powershots are the prizes on the line. After each hand, you will have the option to begin the new level, or you can put what you?ve won on the line for even more ammo and powershots. But should you lose a hand, then you begin the mission with the standard issue amount of ammo and no powershots built up. Of course, you also run the risk of drawing into the ?Dead Man?s Hand,? which causes you to start with only 50% health and very little ammo (I won?t spoil what hand is the ?Dead Man?s Hand? for the sake of those not familiar with poker terms). Remember, it is called gambling for a reason.


In addition to being a fantastic single player game, you can take Dead Man?s Hand to Live play and take on the world in one of three different games. In Deathmatch, it is every man and woman for themselves in this all out fight that makes the gunfight at the O.K. Coral look like another Saturday night at the local tavern. You can also have Team Deathmatch if you feel like having some friends to back you up. Want something more then just kill everything that moves? Then collect cash for killing your friends on Live in Bounty mode. Or ride into town with your boys and take on another crew until only one side is left standing in Posse mode (very similar to Team Deathmatch, but with a bit more structure to it). In addition to multiplayer mode, content downloading is available. In the works are more levels and weapons to be used in multiplayer Live mode.

Graphically speaking, things are pretty good. While nothing new here, the graphics do the job they?re supposed to do?put the player in the middle of the Old West. Things look basic and grainy because things just looked that way back then. Don?t expect vibrant colors (except during explosions), but very basic earth tones. The real good news is that here is that the frame rate is no problem here. Aside for the occasional buffering issue when massive action is going down, the game runs smoother then most first person shooters. About the only complaint I could come up with is that bodies tend to fall (or fly in the case of explosion kills) with zero movement. It?s as if bodies are going stiff in a matter of seconds. Aside from that, the graphics are nice and smooth here.


Normally when dealing with sound, I break it up into two sections: sound effects and soundtrack. This will not be the case here because there is little to no music present here. The only music occurs during cut scenes and times you enter taverns where there are shows going on. As far as the sound effects go, everything sounds great. The gun shots and explosions not only sound like the real deal, but you can even judge the direction from which they are coming from, which really helps out in areas where enemies could be hiding behind a number of different obstructions (if you have surround sound, the effects have real distance to them). Footsteps, glass breaking, doors opening, animal sounds, and elemental sounds (wind, rain, thunder) all sound true to life. Even the voice talent, which seems clich? at first, sounds perfect and just the way it does in western movies. Major ups to the sound effects team on this one.


Bottom line, Dead Man?s Hand is anything but a dead title for the Xbox. The story of revenge and bounty hunting will keep players on the trail of all nine of the men who wronged you. Their first mistake was trying to kill you, and the second was not getting the job done. Arm yourself with the weapons of the Old West and hunt your way through ghost towns, the sun scorched wastelands, the mountain woods and all locations in-between in search of your goal. The graphics and sounds will only keep the spirit of the Old West alive as you take out hundreds of outlaws with a few pulls of a trigger. Add addictive multiplayer modes and a low price tag of $29.99, Dead Man?s Hand is easily the best buy so far of 2004. Now deal the cards and see how your hand comes out.