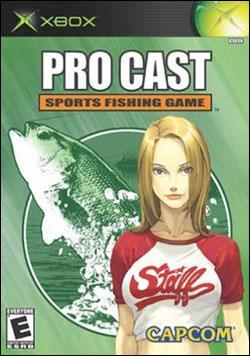 Now I am going to be completely honest with you up front: I am not a huge fishing enthusiast. I do go fishing a few times a year and manage to snag some decent size bass and crappie, but it is definitely not a forte that bleeds over into my video game life. In fact, I can only remember one fishing game that has kept me truly interested in it, and that was Blue Marlin for the NES. I will attempt to remain impartial in this review, but in my eyes fishing isn?t nearly as cool unless you are actually there with a six-pack and some sunscreen.

One big plus this game has is that it is the only fishing game out for the Xbox at this time. Obviously there are people who are different from me and like this type of game, otherwise they wouldn?t sell and there would be no demand? so this review might be something worth looking through if you delight in digital angling. As for the rest of you? eh, read this anyways as I took the time to write it and at the very least it could possibly improve your literacy and reading skills!


Overall as a fishing game Pro Cast Sports Fishing is a solid entry into the field with no totally hindering flaws that will drive people away from it. It does have its quirks and some minor annoyances, but they aren?t detrimental to the game experience. One thing that was really irritating to me right off the bat was the menu that was used. To be total blunt, it took too long to navigate through them, as each menu screen usually had only 2 or 3 options. This could have been consolidated into one main menu screen which would have worked a lot better. Also, the character selection was quite limited and included the stereotypical middle-aged bearded guy with a pot belly, the 24 year old college guy, and the girls in her twenties who was probably thrown in there to appease the demographics watchers.


The game does find a way to breath some interesting gameplay into itself with an awesome simulation mode which turns out to be more of a fishing RPG though, so maybe that alone will be enough to justify the buy to all you fishermen and women out there!

Gameplay is where this game will make it or break it. When I first started playing this game it was just like real fishing. That is, I would sit out on the water for a good half an hour before getting so much as a nibble. It is at this point that I would usually turn a game off any yell ?next!? Well, I really wouldn?t yell next, but I?d put a different game in the Xbox? Of course since I am reviewing this game I really wasn?t about to ditch it after ? an hour and say it sucks, as the nice people over at Capcom probably wouldn?t appreciate that. After a bit I started noticing I was getting the hang of it a bit, as fish were actually being attracted to my lure. Of course at first all I got were the retarded fish who think lures are fun to watch but by no means fun to eat, so at various points I would have 3 or 4 fish chasing my lure going ?huh, interesting.? (Once again, they didn?t really say anything, as fish can?t actually talk? fool.) After a bit more work they actually started biting at my lure! Of course as in real fishing just them biting it won?t snag them on your line, you have to gently caress the rod until the lure is placed?. THEN YANK THE HELL OUT OF IT! With any luck you?ll snag him and get to reel him in.

There is obviously more to this game than just casting and reeling, casting and reeling, and perhaps some more casting and reeling. On top of all that you have this to look forward to also: casting and reeling! No, I?m just kidding, there are also other game modes that add some depth to the gameplay. When you look at the menu you will find there are three game modes. One is the simulation, which is probably the coolest part of this game. As I said before, this is a fishing RPG for the lack of a better term. As you enter more tourneys and catch more fish, you can buy new stuff such as new rods, lures and boats. Much like in real life, the acquisition of new sporting goods materials is one of the greatest joys known to most men.


Arcade and free fishing are decent, but rather limited. Arcade involves giving you a set time to catch a fish, and then comparing you to all the computer players who were fishing also. Of course since you are restricted to a small point on a lake, you don?t ever see these guys. The ?beat the clock? thing is fun a few times but kinda loses its luster fairly quickly. On the other hand, free fishing loses it?s luster immediately. Why even bother playing the game if you aren?t achieving something? My opinion: stick with the simulation mode. It might sound daunting but it is definitely the most fun.


One last word about the gameplay: this game is not very in depth when compared to other games out there. You aren?t going to be making lures from scratch or fine tuning your drag or many of the other crazy things other games let you do. This game is easy to pick up and play without reading through a ridiculously long manual. This may be a turn-off to some, but hopefully it will be appealing to others.

The games visuals are? ok. There really isn?t a better way to put it. While the graphics in no way detract from its value, it is definitely not taking any advantage of the Xbox hardware and could be easily reproduced on any other system available? Dreamcast included. Of course, don?t let the fact that the graphics aren?t top-of-the-line quality wean you away from this title. Even with the general oldness of the graphics, it pulls off environmental effects nicely, including waves on the water, a nice fog rolling in the morning and others.


One thing that was fairly tedious and trying was the camera though. It totally has a mind of it?s own and there didn?t seem to be any way to control it. What was really frustrating is when your lure went below a foot of water, the camera snapped from an aerial view to underwater. So what if you have your lure bobbing at around a foot of water? The camera is constantly snapping back and forth in a rather sickening motion. After a while though you learn to avoid that one-foot mark and the camera can actually become an advantage. This happens when you figure out that the camera angle usually shifts when a fish takes interest in your lure. This means all you have to do is cast and start steadily reeling it in until the camera view shifts. At this point you get to stop reeling and start whipping out all your best asty-lure? moves!

The audio is really what you would expect from a fishing game: some decent background music in the menu?s, decent sound effect on the water when fishing? Nothing too above and beyond, but hey? it?s a fishing game. How ?above and beyond? can you actually get? As for me, I am happy that the reel sounds like a reel, and when I cast there is a satisfying ?ploop? when the lure hits the water. If you want custom soundtracks, use a pair of headphones. You?d have to use headphones on a lake anyways, so consider it a fine addition to the realism of this title. Nothing about the implemented sound is obtrusive, and nothing stands out. This, in the end, is a good thing as it means the sound doesn?t get in the way of the gameplay.

Excellent first entry Capcom! I think a lot of fishing fans will be wishing for a little more customization, but this is a solid title for the price it is being sold at. 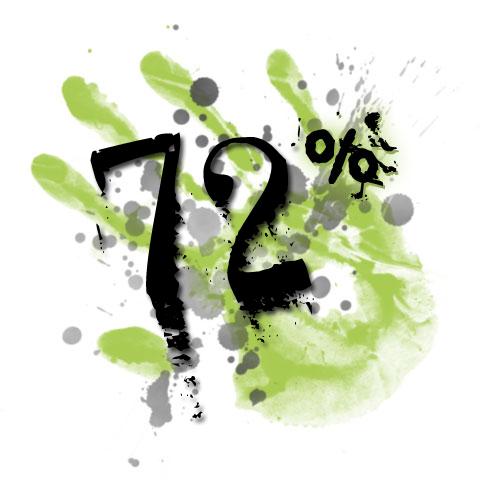