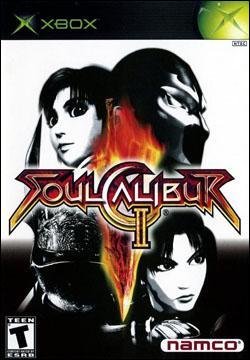 Before you say, ?It?s about friggin? time that XboxAddict.com posts their SC2 review up!? Let me explain why... First off, we didn?t want to give birth to a half-ass review of such a great game! Most (like ~75% of them) of the other gaming sites cranked out reviews in only a few days. I?ve even seen a few sites with theirs ready in only a few hours, and only covered the ?skin-deep? arcade modes of SC2. There was no way they could complete the entire ?Weapon Master? mode, even with an early preview build. Go Figure!


When it came to the Soul Calibur series, I considered myself a longtime fan. Whether it was at the arcade or the Dreamcast versions, this fighter had it all. Half a zillion killer moves, what more could a video game junkie ask for? It was just the best thing out there at the time! Fortunately, it still is!


Most people will have a tendency to compare SC2 to the other combat titles out on the market place. Like Dead or Alive 3 or one of the Virtua Fighter incarnations for example. I?ve played all three fighters; let me tell you that SC2 is by far the best one to date, bar none. And on top of that, I?m sure that 95% of my Xbox Addict colleagues will agree with me on this one; it delivers what most games fail to do, give the user a ?kick-ass? gaming experience.


As you read through my review, you?ll quickly discover that I got into this game hardcore style, and that is why boys and girls it took so long to pump out this SC2 review. I really wanted to write a thorough review of SC2, because it simply deserves it.


Overall, on the surface SC2 seems like your ordinary ?run of the mill? arcade fighter with not much to offer. Luckily, it?s not. If your friends didn?t like it, more that likely they?re not fighting fans, or you?ve been sadly misinformed. SC2 is a deep, complex fighting title for all three next-gen consoles, but in my opinion, it runs the absolute best on the Xbox console and has the coolest extra/unique character out there, Spawn.

Now for the game play, the real meat and potatoes of SC2 is the ?Weapon Master? mode. This is where you fight your way through over 60 missions with nothing but your brains and brawn, and sometimes even twice! It took me several hours (just ask my wife) to get myself up to a level 74 character (That?s a Silver Edge master to you kiddies out there). You?ll spend most of your time collecting gold through your various quests and missions, and if you?re really lucky you can purchase bigger and better weapons in the process. Weapons range from ones that regenerate your health, give you better ?Soul?.


Each of the 20 unique characters in SC2 has their own unique set of skills and weapons. From big ugly green ogres with huge axes (and asses) and chicks that are annoyingly crazy fast! But, once you?ve found that unique character that makes you look like you?ve been studying martial arts for 20+ years, then you ready to kick some ass! Most of you are probably wondering which one I ?specialized? (a.k.a. served you a can of whip ass) with, well, it was Kilik. He was the one that I was most comfortable with. All of the characters in SC2 are simply awesome. All you need to do is find the one that is just right for you. A couple of time I?d use the female version of Kilik, Seung Mina. And found that?.well?.one word?weak.


As I got towards the end of the ?Weapon Master? mode, I found myself with nothing left to purchase and the AI really had me swearing at the television a couple of (ok, quite a few) times. Meaning, it was getting harder, and the AI was kickin? my butt! In SC2, you won?t find yourself with the ?Rocky upper cut? cheat, and beat the game with one single move.

The eye candy in SC2 is what makes it stand out from all the other fighting titles out there; it?s not that it looks more realistic, or has more blood. In fact it has no blood, none. But, rather it boasts a special unique visual flavor to it. They honestly really didn?t leave out too many details out to dry in this sucker. Right down to the last facial animation sequence, which you can playback later on.


The motion capture in SC2 looks so !&%$@#* real; this is from a person like myself who has watched Kung Fu movies since I was knee high to a grass hopper. Don?t get me wrong here, 50% of the moves in SC2 totally over the top and are migrated from the last version of Soul Caliber. Don?t take my word for it, just watch the ?Exhibition Theater?, and watch those guys go! It really shows off the silky smooth motion capturing of this title. Awesome!


The only tiny problem I had in the visual department was the arenas. They didn?t seem have the feeling of being immense. Now, I realize that you must have constrained arenas in fighting titles or else you?ll have people running for their lives all the time. But, you can trick people into thinking that the fighting areas are huge, and on that avenue I think Dead or Alive 3 has succeeded in delivering this illusion.

The audio is what had the most trouble with. But, I won?t kill the overall score because of this. Not all of it was bad. The music was fantastic. The part that got on my nerves the most was Kilik?s line when he yells out??Sister, show me the way!??What the hell does that mean? Are we singing a Styx tune here? I?m sure the Japanese developers were rolling their eyes with this wacky translation job. I later discovered that you can turn on the Japanese voices in the game, which sounds more powerful. Thank god!
I have no idea what the hell they are saying (even with subtitles), but it just sounds better. They should do a better job hiring people to translate this stuff. Don?t get me started on bad Japanese translations!


The music and sound effects in SC2 were actually the best parts of the audio, the music was extremely well written, and is able to keep you in the mood (a fighting one) throughout the entire game, and I think that?s what it?s there for. Now, don?t get up and beat up your little bother, no matter how fun it is!


The sound bites were also on the right track! I couldn?t believe my ears when I heard Kilik?s cheat ?rip-off? bamboo staff weapon even made a different impact/contact sound! Great job guys!

Suggestions:
Final words: If you are a fighting game lover of any kind, and you are finding yourself debating, or picking needlessly on your little brother?do yourself a favor a buy this title. It?s worth every penny. 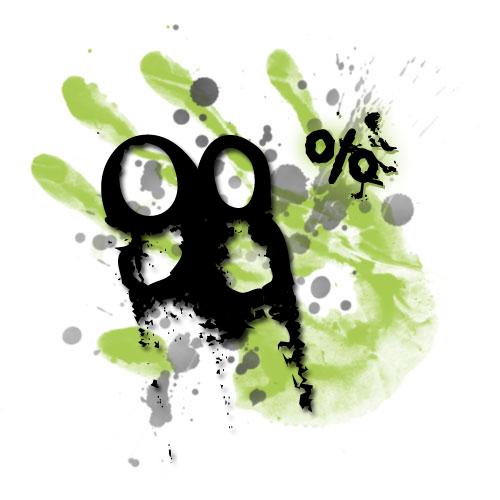