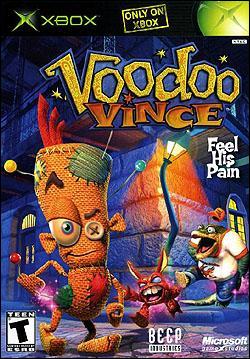 Beep Industries first title, Voodoo Vince, takes you into the back-streets of New Orleans and through the bayous of Louisiana in the biggest action-adventure platformer to grace the Xbox. When the game first starts your treated to a cut-scene that starts the story off and explains how you, a small middle of the road voodoo doll came to life.


Your owner Madame Charmaine has been kidnapped and its up to you to rescue her from Kosmo the Inscrutable, and during the kidnapping, Kosmo's thugs spilled a fair amount of Madame Charmaine's zombie dust which has cause the world around you to transform and spring monsters and mutations into New Orleans.


Your overall goal is to reach Madame Charmaine and rescue her from Kosmo and his thugs. Along the way you get the occasional help via a telepathic link from Charmaine. This is usually in the form of telling you what you need to do to accomplish a goal or task in a given level, although how to do that is up to you to figure out.

Gameplay is reminiscent of other platformers. You have your standard jump, along with a double jump, a head-butt and a spin kick. One move that I found useful on many occasions was the ability to slow your decent. This comes in handy when you're trying to land on a moving platform in the middle of bottomless pit. It can get down right tedious at times though, especially later on in the game when you have to jump onto amusement park rides to make it to where Kosmo is hiding out. This is one place your ability to slow your fall can save you.


While your main goal is to rescue Madame Charmaine, there are a few other things that you can do during your quest. One is to collect as many of the special voodoo powers that you can. These can be used to destroy all enemies in a certain area. When you get enough voodoo power from killing monsters, you then have the option of using a voodoo power. These range from sitting in a bathtub with a shark in it to getting smashed by a large cow. Why do you want to kill yourself you ask? Well, you are a voodoo doll for starters and bad things that happen to a voodoo doll normally happen to its target as well. Your first opportunity to practice killing yourself happens at the very start of the game when you can turn on a large blender and jump into it to kill some monsters on the floor below you.


Running around and smacking monsters isn't the only thing you get to do. Other activities involve flying a plane through a maze of hazards to riding a rat like a cowboy during one of your boss battles.


Boss battles are not really difficult at all. The bosses come in a variety of flavors, from a giant T-Rex, to a demented doll, to a much bigger version of yourself. Most of the time you just have to look around your environment to find something you can hurt yourself on. The more you hurt yourself, the more damage the bosses take.

The game doesn't lack in the visual aspect either. Level designs are unique and pleasing to the eye, character models are well done and object textures look amazing. Special effects like setting yourself on fire are something you have to see for yourself.


The draw distance is high. You can always see everything within your line of sight, even on the largest levels where it takes minutes to reach the point you first saw off in the distance.


There were a few glitches. A few times I got stuck on the environment and was unable to free myself. I had to either restart or let myself be killed to get out of the situation. Luckily, these types of occurances didnt' happen to often though. There was the obligatory clipping where items dissapear into a wall as you carry them, But that was a minor distraction.

The sound was actually pretty good. The in-game soundtrack which was heavily influenced by the New Orleans jazz scene was actually quite good and I didn't mind listening to the same songs over and over again as I repeatedly restarted a level. Environment sounds were well done also. Shooting yourself from a cannon and smacking into a wall made realistic sounds. Even the voice-overs and commentary were well done. Some of the things that Voodoo Vince says are hilarious. All in all it was the small bits of sound that were included into the game that made the sound as good as it is. Without them, it would have been quite bland.

Suggestions:
I would suggest that a sequal should be created. Voodoo Vince has the potential to become as big as any other big name platformer. I personally would love to have another Voodoo Vince to occupy my time. 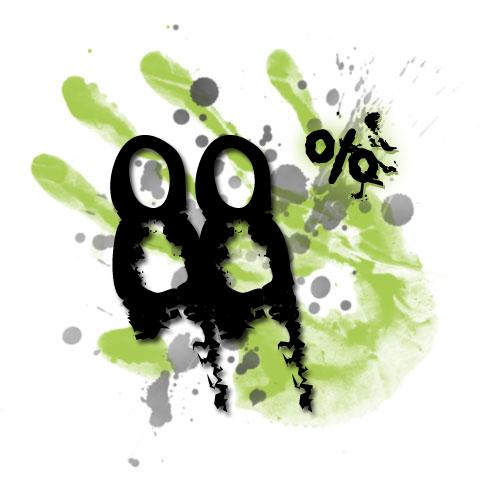