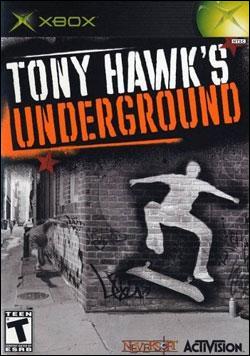 The Tony Hawk Pro Skater series is one of the few games that has had multiple sequels and continues to be of an incredibly high caliber. There has been an influx of extreme sports games over the past few years, some have flopped and others have succeeded. The Tony Hawk series seems to be the game that raises the bar and from which all other games are compared. The fifth installment, Tony Hawk Underground, has added some wonderful new features but also has its downfalls.

A common criticism of the Tony Hawk series, but something I wholeheartedly enjoy, is the fact that it is mainly combo based. A lot of people note that it is not realistic, but that?s its appeal. Companies have tried (and failed at) making a realistic skateboarding game and what it comes down to is it lacks one major element: fun. Playing a video game is meant to be a larger than life experience, if you could do it at your own leisure, why would you simulate it in a video game? THUG pulls this off well, allowing you to do some large combos but keeping the point values down (unlike the near laughable scores you could obtain in Tony Hawk Pro Skater 3).

The gameplay of the Tony Hawk series hasn?t changed much to the average user, but those diehard fans will note marked improvement with every sequel. THUG is no different. The main addition is the ability to now get off your skateboard and walk around. The troubles of getting up stairs and into tight spaces are no more. There are some issues with this system though; the most noticeable is the camera difficulties. When you get into a tight space for example, the view of yourself is obscured by the walls. Luckily the developers coded in a center view button, which fixes this problem a good amount of the time, but it?s still a hassle. There are also some other small additions (hip transfers, wall plants, wall pushes and acid drops) which are quite handy. An addition to the combo system, based off of the walking concept, is the addition of combos off of your board. Though an interesting concept, THUG does not really pull it off well. Once you are off your board you have a timer which denotes how much time you have until your combo is ended. With the limited amount of time you have, the majority of the time it is hard to keep your combo going. I overlook this feature 90% of the time I?m doing combos, but the wall plants and wall pushes definitely come in handy when you are in a jam.

The career mode of Tony Hawk has been drastically changed in THUG. You are now required to create a custom skater to begin career mode. From then on you build your skater from a local nobody to a nationwide sensation. While doing this you get sponsors, create your own signature deck, and all kinds of other superstar related activities. I personally enjoyed this a lot more than the traditional system. Seeing your character (who I of course modeled after myself) in all of the cut scenes and such really added another level of believability. My major gripe with the career mode is its length. Traditionally it would take me at least a few weeks to beat one of the Tony Hawk?s, but Underground took me a whopping 2 days. I?d say about 10 hours total. This coupled with the lack of Xbox Live gameplay (a crime in my opinion). One nice workaround to the lack of Xbox Live is XBConnect which will tunnel the system link play, allowing you to play online. It?s really a lot of fun and makes me hate the developers more for neglecting traditional online play (which WAS included on the Playstation 2 version).

An interesting new addition is the enhanced stats system. Unlike the traditional system where you would get stat points and then level them up however you saw fit, the new system adjusts the stats for you according to what you do, making your character a much more suited to your style of playing.

There are two features that have been there since Tony Hawk Pro Skater 2: Create-A-Skater and Create-A-Park. THUG has added two more: Create-A-Trick and Create-A-Deck. Create-A-Trick is much like what it sounds, you create a custom trick by linking a sequence of current tricks. It?s a fun tool to play around with, but doesn?t really add much to the game. The Create-A-Deck is also an interesting tool, with a practical use. It adds another level of customization. Now, not only can you create your skater, but also your skater?s signature deck. Without any graphics editing software on the Xbox, your physical changing of the elements is limited but they did a good job of allowing a good deal of customization. It seems as though Create-A-Skater really hasn?t changed much, besides a few new articles of clothing it?s the same old, same old. Create-A-Park has changed quite drastically though. It now allows you to recreate the career mode experience more than ever with the ability to create custom challenges. The parks are now larger than ever and have a much larger variety of items to place in your park.

Though I was impressed with a lot of Underground?s new features, its downfalls are quite major. Xbox Live is a must for this type of this title; I can guarantee you would?ve sold more copies with it. The length of career mode is also a major downfall, dramatically hurting its replay value.

The Tony Hawk series always seems to be a step behind the rest of the gaming world when it comes to graphics (luckily it makes it up in gameplay). THUG continues with bad, blocky player models. Luckily they have improved from Tony Hawk 4?s near disgraceful NPC models.

One thing Underground does have going for it are textures. They really do convey the feeling of the levels and are generally done quite well. You can especially see the improvement when playing the unlockable Old School levels. They?ve come a far way from Tony Hawk?s Pro Skater 2.

The environments are also quite well done. A well done environment is a necessity to making a game such as this believable. The modeling of objects throughout the world isn?t of the highest caliber, but the layout and overall look of the levels make up for it.

There have always been interesting details throughout the Tony Hawk series and this installment is no different. In 4 they added blood stained and war damaged bodies, while they are still there to some extent (though not as noticeable) the thing I noticed was he damaged to the skateboards. Damage to skateboards might sound like a very minor thing (and it is), details such as that really add to the quality of a game. Depending on how you use your skateboard, will reflect the damage it takes. You can notice that after a large amount of board sliding, the paint on the bottom will chip off, leaving exposed wood. With extended falls the board might actually break in half, angering your player.

To sum up my feelings into a concise statement, the overall look of Tony Hawk is mediocre. Though there are some well designed environments and interesting details, the modeling really detracts from the game?s look. It catches your eye and bugs you, taking you out of the world the rest of the game is really trying to pull you into.


Sound is always the hardest area for me to judge, for many reasons. Probably the most important reason for my difficulty is my lack of knowledge in the field. I am not an audiophile nor do I have a lot of knowledge on the subject. I really enjoy music but I am not a critic of it. As far as music goes, it is all personal preference so impossible to rate. I could judge it on my opinion but that is entirely biased. I will try my best to explain this after my disclaimer

Tony Hawk Underground incorporates one of my favorite features of the Xbox: custom soundtracks. I really think that is one of the most enjoyable things about owning an Xbox, the ability to customize what is playing during the game. If I don?t like Underground?s soundtrack, doesn?t matter I can listen to whatever I choose and the ability to choose feels great. The default soundtrack is pretty diverse from Kiss to Nas to The Clash.

Sounds effects wise THUG seems pretty sound. It has pretty realistic samples for all the different materials/objects. Cheesy sound effects are another thing that can take you out of the experience and make you realize that you are just playing a game. Keeping you enthralled in a game is what separates a good game from a mediocre one.


Suggestions:
The thing I?d really like to express is the need for online play. It?s not an option in this generation of games; it?s almost a requirement, especially for a game of this kind. A significantly longer career mode would be nice. Working on the graphics (models in particular) would be nice. Break the trend of Tony Hawk being one step behind graphically. THUG was a very enjoyable and solid game that could?ve been great with some enhancement. 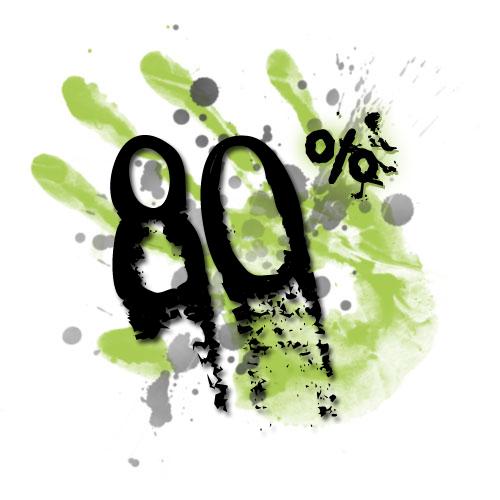