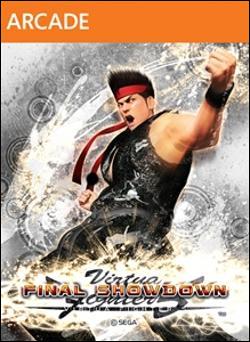 Welcome my student. I summoned you here because I have obtained news that a new challenger to the fighting game crown has emerged. For years now the battle has waged between games such as Street Fighter, Soul Calibur, Mortal Kombat, Tekken, and more to compete for the crown of "Best Fighting Game" and now Sega has stepped forward and issued their own challenge with Virtua Fighter 5 Final Showdown."

Face off against Dural in Arcade Mode (any difficulty level)
60

More Sega Arcade Classics for XBLA incoming!
The German Ratings Board (USK) has outed the impending release of Virtua Fighter 2, Fighting Vipers and Sonic the Fighters for XBLA.