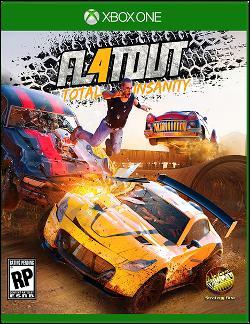 I used to really enjoy the FlatOut series, especially FlatOut: Ultimate Carnage for Xbox 360, as I’ve spend dozens of hours with its popular Stunt Mode. It’s no secret that since then though, that the series simply hasn’t been the same ever since switching developers with its declining quality and forgettable gameplay, so when FlatOut 4: total Insanity was announced, I was cautiously optimistic, as it’s another new developer, Kylotonn, trying to bring back FlatOut to the masses once again. Thankfully it seems that Kylotonn has laid some great groundwork at getting the franchise back to where it once was, not surpassing it, but makes an entertaining destruction based racer that also doesn’t forget why many enjoyed the series in the first place with its Stunt Mode."

Xbox one no signal
Post by debrartin
0 Replies, 43100 Views