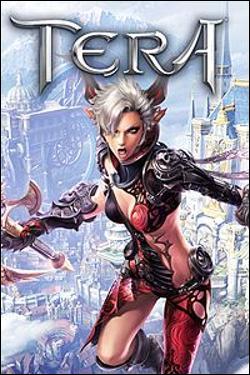 While there are a handful available, consoles generally don’t have a wide selection of MMORPG’s to choose from, for numerous reasons. One such game is TERA. It was released on PC back in 2012, but here we are, 6 years later, finally able to explore the world of Arborea on consoles."

TERA’s Fists of Justice Now Available
If you are looking for some new content for TERA on console, then we got some news that you might just be interested in.
TERA: Reloaded Launches on Xbox One Today
In what has been deemed as TERA’s biggest update ever, TERA: Reloaded hits Microsoft’s console today.
TERA: Reloaded Coming to Consoles April 2nd
The folks at En Masse Entertainment state that this will be the biggest update yet for the console version of the game.
PUBG Invades TERA On the Xbox One March 5th
In what seems to be quite the strange ’crossover’ event, PUBG is hitting En Masse Entertainment’s MMORPG TERA.
TERA Announces its' Roadmap for First Part of 2019
If you are still playing the MMORPG from En Masse Entertainment, then this news will be of some importance to you, as you get to see what is up and coming for the first part of 2019.
TERA is Ready to Welcome Valkyrie
Those looking for a new class of character to play in TERA now have their chance, as there is a new kick-ass female character added.
Valkyrie is Coming to TERA on Console in Early January
TERA fans can circle Jan. 8 of next year on their calendar as new character is coming to the MMORPG on console.
Velik's Sanctuary for TERA Now Available
For those that continue to play the MMORPG TERA, some new content has arrived, and we have the details for you.
Darkness Comes to TERA with Deathwrack Update
For those players that continue their adventure in this MMORPG, this news is for you, and you should check it out.
TERA for Consoles to Get Update on October 30th
Fans of En Masse Entertainment’s MMORPG on consoles are set to get a new update, called Deathwrack, at the end of October
TERA Reveals Content Roadmap for Console Players
The fine folks at En Masse Entertainment unveil the direction the game will be taking for those playing on console.
Summertime Fun with TERA's Summer Festival and Xbox Sale
The folks who developed TERA for console want you to take a break now and then from the summer sun, and they have a few things going on to entice you to do so.
New Gunner Class Now Available for TERA on Consoles
Fans of this MMORPG can choose to start as a new class as the Gunner Class is now available for console players.
Gunnar Class Coming to Console Version of TERA in Late June
TERA fans can circle June 26th on their calendars as a new class of character is coming to add some spice, and an explosion or two, to the game.
TERA Hits 2 Million Players on Console
Seems that TERA is a hit on console, and this includes the Xbox One. Are you one of those players?
TERA Introduces a New PvP Mode Called Corsairs
Fans of this MMORPG have a new PvP mode to play, and it’s for the weak, as you’ll have to be Level 65 to play it.
TERA Releases Information on What Fan's Can Expect Next
Those of your TERA players out there can now find out what to expect in the month of May. Click on thru to check out the details.
TERA Releases Ruinous Manor Update
After only two weeks seems that TERA is getting new content, which can’t be a bad thing.
TERA Now Available on Console
Fans of MMORPGs can now play the once PC exclusive Free-to-Play game TERA on console. Click on thru for all the details, including the launch trailer.
Official Release Date for TERA on Consoles Announced
Those fans of MMORPGs on a console can mark early April on their calendars as TERA has been confirmed for release.
TERA Open Beta Now Live
Until March 11th fans of MMOs can check out this new game during the open beta and see if it might be a game for them.
New Details on TERA, Which is Coming to Xbox One
Check out some new details on gameplay elements, and visuals, that are highlighted inside.
TERA Open Beta Announced for Xbox One
En Masse Entertainment have announced that an Open Beta for TERA on Xbox One is hitting the console soon.