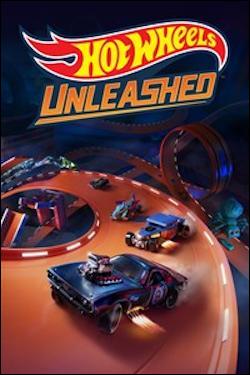 Have you ever played with Hot Wheels on that classic orange plastic track, launching your favorite car and wishing that you were behind the wheel experiencing every aspect? Your wait is over because it has arrived! You’re going to need to clear your schedule because Hot Wheels Unleashed is the kind of game that you can play for extended periods of time."

read more
Batman Expansion and DC Super-Villains Racing Season Coming Soon
Coming soon, race the heroes and villains of Gotham in the Batman DLC and DC Season content for Hot Wheels Unleashed.
New Customization Trailer Shows How to Personalize Your Hot Wheels
Make your ride a one-of-a-kind masterpiece of speed and style with the Livery Editor and host your friends in your unique version of the Basement.
Hot Wheels Unleashed Reveals Ongoing Content Plan
Featuring iconic brands such as Barbie, DC, Masters of the Universe, Street Fighter and OEMs like Aston Martin, BMW and many others, the post-launch plan will expand the pop culture universe of Hot Wheels Unleashed.
Hot Wheels Unleashed Launches Globally on September 30
Legendary vehicles such as Party Wagon, Snoopy, K.I.T.T. and the Back to the Future Time Machine join the race, along with cars from Audi, Honda, Koenigsegg, Ford and many others.
New Trailers for Hot Wheels Unleashed Showcase Official Track Builder
Design, build, and share your own custom Hot Wheels tracks. Imagination is your only limit, launching September 30th.