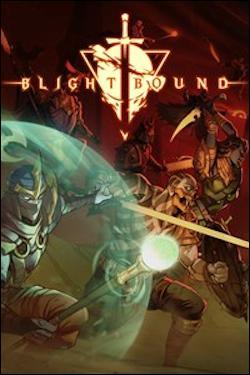 As an avid MMORPG player for over two decades, I always get excited when a game releases that not only utilizes and requires co-op, but even more so when the “Holy Trinity” is used. For the unaware, this is when a group of players require a Tank (The character that’s on the front line, usually with a sword and shield, soaking up all the damage and keeping agro in close quarters), DPS (Those that deal massive amounts of damage) and Support (Usually a healer or mage of some sorts). Best known for Awesomenauts, developer Ronimo Games has created a multiplayer dungeon crawler game that could best be described as Castle Crashers meets Diablo where three heroes band together to take on endless enemies that threatens the land."

read more
Multiplayer Dungeon Crawler Blightbound Out Now
Blightbound is an online & local multiplayer dungeon crawler that tasks three heroes to venture down from their mountain refuge to face the abominations of the Blight - a mysterious and corrupting fog that enshrouds the land.