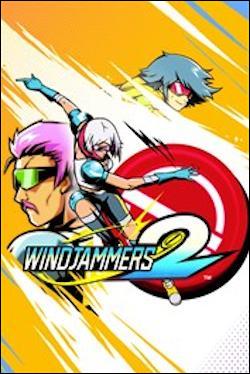 I never was lucky enough to play much Neo Geo when I was younger, so I missed out on some classics. One of those classics was Windjammers, a tennis-like sports game played with a Frisbee and special moves that was apparently quite decent, especially for its time. Originally released in 1994, it’s been a long almost three decade wait, but its sequel, Windjammers 2, is finally here for all those original fans."

read more
Windjammers 2 is Now Available on Consoles, PC, and Game Pass
Power Discs and Neon Spandex Are Back in Fashion as the Exhilarating Sequel to an Arcade-Era Classic Hits the Courts
Windjammers 2 Gets In-depth Documentary
With input from Windjammers 2’s development team as well as appearances from creators behind the original game and the passionate Windjammers community, the video is a fascinating dive into the completion of a game fans have been anticipating.
Windjammers 2 Confirmed for Fiery Matches on Xbox Game Pass
Today’s announcement trailer reveals the all-new Sammy Ho, a gardener and budding star athlete hailing from China. Sammy’s mid-range agility and powerful throws make him a dangerous rival.

Xbox one no signal
Post by debrartin
0 Replies, 90409 Views