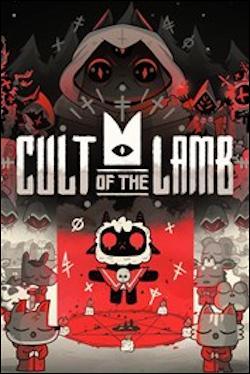 Imagine sitting there at work one day and thinking, "you know what? Let's make a game where we have a really cute lamb as a main character and a bunch of really cute animals that follow this lamb. We'll have pigs, goats and all kinds of cute animals, and they'll all look towards this lamb for guidance; it'll be great!"

read more
A New Cult of the Lamb Video Teaches How to DIY Your Own Cult
You are the Mighty Lamb in Massive Monster and Devolver Digital’s Cult of the Lamb. Saved from sacrifice by The One Who Waits, you are compelled to build a loyal following in his name.

In this sequel to 2017 cult hit Serial Cleaner, it’s your job to eliminate the evidence left behind by the ruthless mob in ‘90s New York City, as you play as four anti-heroes.

Now including a co-op multiplayer for up to four players, the largest fleet of vehicles in the history of the series and numerous new and once again significantly expanded features in a completely revised, modern look for the series.

Warpips is a streamlined strategy war game that will have you deploying battle units in real-time against AI-controlled opponents. Each level follows a tug-of-war structure where the objective is to reach and destroy the enemy’s base.

Unholy follows the disappearance of a young child from a run down, unwelcoming post-soviet town. Using exploration, puzzle solving and innovative combat mechanics, players will traverse between reality and a twisted Unholy world.

Play as the adorable feline hero, Gori, on a death-dealing hoverboard to save the cuddly crew from certain cat-astrophe.