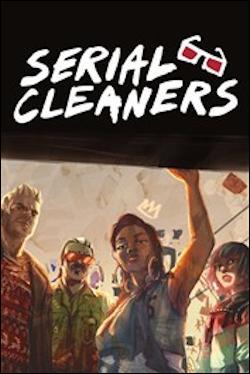 New York 1999, it's New Years Eve, and the four man cleaning crew has gathered to reminisce about past jobs and what got them started. Serial Cleaners is the sequel game to Serial Cleaner, which was the developer's gem released in mid 2017. This single-player, stealth action, crime game is one of the bloodiest games I think I've ever played, and I play Mortal Kombat."

read more
Serial Cleaners Out Now Across Console and PC
In this sequel to 2017 cult hit Serial Cleaner, it’s your job to eliminate the evidence left behind by the ruthless mob in ‘90s New York City, as you play as four anti-heroes.