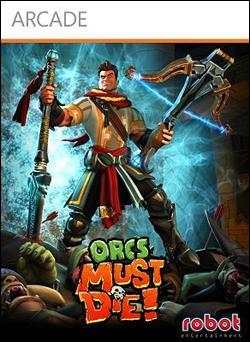 The ancient home of the orc mob, Dead World has been closed off to the other realms for their protection, but the fears of many have now become true as the orc mob is determined and hell bent on destroying the protective rifts and entering these other realms in hope of glory and plunder. Our only hope rests in the hands of the Order, a strong cadre of War Mages and their apprentices whose sole objective is to maintain the security of the rifts and to fend off any and all advancing orc forces. This task sounds immense and to add to the challenge all but one War Mage, myself, and apprentice has survived."

Complete the campaign on Nightmare mode
35

Get 20 chandelier kills in one level
10

Get 50 kills with explosive barrels on one level
10

Skin of your Teeth

Earn 5 skulls on every level on War Mage difficulty
35

Get 50 kills with the rolling log in one level
20

Xbox one no signal
Post by debrartin
0 Replies, 46966 Views