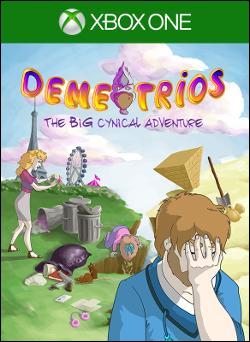 Even with the stigma of failed Kickstarters, there are a few projects that live up to their promises, Demetrios: The BIG Cynical Adventure being one of those. Developer COWCAT, though technically a one man show by Breton Fabrice, asked for a modest $2500 to help fund his game, and nearly double that was pledged. Technically it didn’t hit the stretch goals to bring Demetrios to consoles, but it seems they made it somehow, as it’s now arrived on Xbox One for point and click fans."

Xbox one no signal
Post by debrartin
0 Replies, 43965 Views