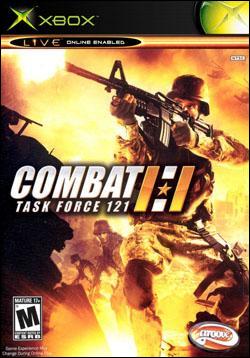 After years of simmering unrest, Marxist Rebels have obtained a foothold within the Armed Services and found sympathetic comrades to lend both a voice and weapons. While a full blown coup d’etat is not yet underway, a few early high profile rebel victories could quickly turn the tide. US forces have been called in to put a halt to these terrorist acts. YOU ARE A MEMBER OF TASK FORCE 121, an elite cover unit comprised of Navy Seals, Green Berets, Army Rangers and USMC Recon personnel. Your mission is to thwart the Marxist Rebels before they can recruit allies and significantly damage US interests.
Registered Members: 50,911
Forum Posts: 725,924
Xbox One Titles: 3,212
Xbox 360 Titles: 1,086
Xbox 360 Kinect Titles: 95
Xbox 360 Arcade Titles: 586
Original Xbox Titles: 987
Staff Reviews: 2,104
Member Reviews: 10,339
News Articles: 15,805
Screenshots: 34,603
Xbox 360 Achievements: 45,112
Xbox 360 Faceplates: 2,016
Cheat Codes: 1,706