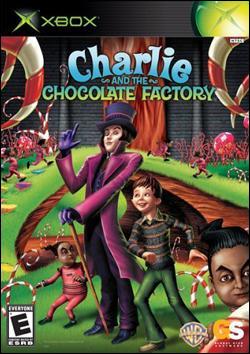 Step inside the magical world of Willy Wonka’s famous chocolate factory. Based on the Warner Bros. Pictures feature film directed by Tim Burton and the classic Roald Dahl book, this new videogame allows players to explore deep inside the factory and play the beloved story as Charlie Bucket. Find a Golden Ticket and, along with four other children, win a personal tour of Willy Wonka’s factory guided by the notorious and reclusive candy-maker himself. Embark on a fantastic adventure exploring the many extraordinary environments of the factory, including some from the book that do not appear in the film.
Registered Members: 50,911
Forum Posts: 725,924
Xbox One Titles: 3,212
Xbox 360 Titles: 1,086
Xbox 360 Kinect Titles: 95
Xbox 360 Arcade Titles: 586
Original Xbox Titles: 987
Staff Reviews: 2,104
Member Reviews: 10,339
News Articles: 15,805
Screenshots: 34,603
Xbox 360 Achievements: 45,112
Xbox 360 Faceplates: 2,016
Cheat Codes: 1,706