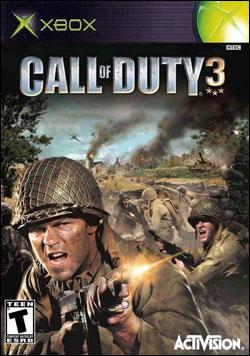 The single player is modeled after the Normandy breakout, where the British, Canadian, Polish, American, and French Resistance forces pushed into the village of Chambois, France, also known as the Falaise Gap. Unlike most other games in the Call of Duty series, the events in Call of Duty 3 are based on a single combined campaign, with the player being switched between the four armed forces - US Army, British SAS, Canadian Army, and Polish Armour Division - and their respective characters for each leg of the story. There are 14 campaign missions in total, with cinematic to link between each one. Each mission also contains various action sequences where players have to input button commands, whether arming a bomb, or fighting off a melee ambush. In addition, some missions also include multiple choices in routes to completing an objective.
Registered Members: 51,516
Forum Posts: 725,926
Xbox One Titles: 3,363
Xbox 360 Titles: 1,086
Xbox 360 Kinect Titles: 95
Xbox 360 Arcade Titles: 586
Original Xbox Titles: 987
Staff Reviews: 2,126
Member Reviews: 10,339
News Articles: 15,936
Screenshots: 34,795
Xbox 360 Achievements: 45,112
Xbox 360 Faceplates: 2,016
Cheat Codes: 1,706