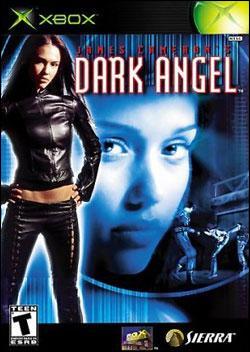 Dark Angel is not a quality game, but it was oddly addictive. I've never watched the show a day in my life, and only got the game because it was under $5. It has some serious flaws like the camera and that the stealth mode is very crap-tacular."

Overall: Ok. This game is exactly what it says. Stealth and fight Absolutly no puzzles.

2- Fighting like the old Street Fighter series? You take on big groups of people.

3- Bad guys AI is week. But they make up for it in numbers.

4- Stealth is no sam fisher, but I enjoyed it.

5- It's like Buffy with more enemies and a further away view.

6- I'm loving the enviornment on the big X! Smashing chairs, boxes, barrels, pipes and all kinds of other things. You cant pick them up and use them, but getting smashed into them is cool.
Gameplay: Run around kicking the crap out of groups of soldiers. Stealth around a bit. Some easy to figure out big bosses.
Graphics: It's not bad, I mean it's nex gen, but it's not the greatest we have today. The enviornment rocks!!!
Sound: To be honest, the sound wasn't the greatest. Back ground music is funky but keeps repeating itself. I like the sound of the snapping neacks.
Suggestions: My girlfriend is pissed because there were no puzzles. Al ya did was fight and fight and fight, and stealth a bit.