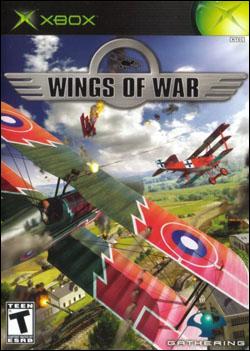 High-speed combat, high intensity action, and high-flying heroes rule the skies in Wings of War. All of the deadly drama and intense aerial duels of WWI will blast the Xbox as history’s greatest flying aces take to the air. As a rookie pilot, you must prove your mettle against kings of the skies, and choose your destiny. Earn medals and ranks as you fight for your country under the service of your commanders. Seek fortune and glory as you take on side quests. The choice is up to you! The sky’s the limit as you blaze a path to glory on WINGS OF WAR!
Wings Of War Has Shipped
Gathering has announced that Wings of War has shipped to retailers, the game is rated T and should retail at $19.99.
Gathering To Publish Wings Of War
Gathering announced today they will be publishing Wings of War, a World War I aerial combat sim for Xbox and PC.