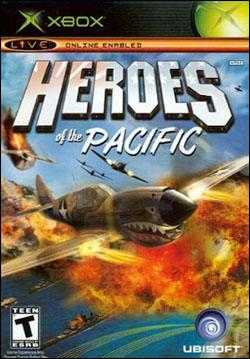 Beginning with the attack on Pearl Harbor, this flight combat game puts players in the middle of some of the most intense naval conflict in WWII’s Pacific Theater. This epic story unfolds through 30 missions taken from real events of the U.S. Navy’s campaign in the Pacific, in hotspots like Midway Island, the Coral Sea, Wake Island, Iwo Jima and Guadalcanal. Throughout the game, players will pilot a variety of aircraft that were integral to the war effort in the Pacific, including the Grumman F4F Hellcat and F6F Wildcat, the Douglas SBD Dauntless, the Curtiss P-40 Warhawk and the Chance-Vought F4U Corsair.
Heroes of the Pacific To Hit This Fall
The formerly European-exclusive flight sim is gliding on over to American shores this fall. Be prepared to live the life of a heroic WWII pilot.
Heroes Of The Pacific Screens
Eight screens from the upcoming aerial combat sim from Encore.