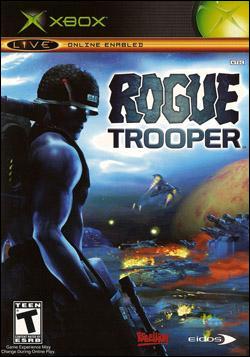 It is the distant future on the war-torn, poisoned atmosphere of Nu Earth. The factions of Nordland (aka Norts) and the Southern Confederacy Cross (aka Southers) wage a seemingly endless battle for control of the virtually shattered planet. Milli-Com, a Souther military giant, has been working diligently with genetic scientists to create the ultimate ?"

read more
Remaining faithful to the comic on which it’s based, Rogue Trooper will be set on the war-torn planet of Nu Earth where, previously, the titular genetic infantryman (GI) witnessed the betrayal and annihilation of his squad at the hands of the Nort Republic. Rogue is determined to hunt down the traitor responsible for the deaths of his brothers-in-arms, and, as fans of the comic series know, he is well equipped for the task.
Rebellion Announces Rogue Trooper
Rebellion has announced Rogue Trooper, a third person action game based on a sci-fi war story, the game is set to ship next fall.