The executive made the first mention of Dirt 3 during an interview featured in the latest issue of Edge, E213, which hits UK newsagents on March 16 and should be in subscribers’ hands now.

Speaking about Codemasters’ studio culture and its position as the last of the big British publishers, he said: “Really, it’s all about letting the teams just innovate. There’s some great stuff coming from Birmingham that’s going into Dirt 3, and obviously you’ve seen Bodycount.

“I guess in today’s world, every day you’re dealing with people from all over the world. So it’s a British company and the last bastion of British publishing, and there is some pride in that, but it doesn’t take control of your life. It’s about the culture we’ve created and making the best games you can. Dirt 2: brilliant game but it’s all American accents, so maybe we’re a little over the top with those. Maybe we should fly the flag a bit more.”

Addressing the company’s strategy for its racing franchises, Cheshire said that innovation is the key to success.

“There’s an overwhelming arcing vision to all of our racing titles, and Grid is incredibly strong, but we’re lucky enough to be in a position where we’ve got racing games in different areas. Dirt was a complete reboot – we threw away what was going on and redid it completely – and then we rebooted Grid because it wasn’t top gun, and then we rebooted Dirt 2. I’m not saying we’re throwing all the codebase away, but we’re throwing the thoughts away and coming out with something fresh and new. Because if you don’t innovate, you’re dead.” 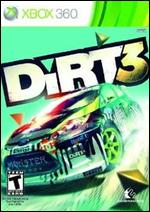