Set for release on May 11 on Xbox 360, PC and PlayStation 3, this edition contains four extra challenge maps on the disc that were previously released as downloadable content. This edition also utilizes TriOviz 3D technology, allowing players to play the game entirely in 3D. This option is compatible with all standard and high-definition television sets.

Europe and Australasia versions are coming on March 26. No price details were announced. 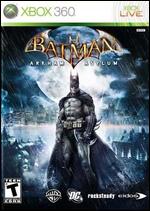