The Sims is on the way back to consoles, this time with a host of new features. Electronic Arts announced today that the PC title will soon be released on the Xbox 360, PlayStation 3, Wii and Nintendo DS.
Aside from the normal tweaks associated with console ports, each version will have special features that differentiate it from the PC game.

The Xbox 360 and PS3 versions will introduce the "Karma System," enabling players to unlock powers that can curse or bless individual Sims. There will also be a heavy focus on online connectivity.

The Wii version will feature a new beach town along with new residents, careers, traits and wishes. It also appears that it will be incorporating some of the "adventure quests" that were introduced in the World Adventures expansion pack, as well as an online mode called "Life Moments."

As for the DS version, players will be able to play through a story mode and use their stylus to build homes for their Sims.

Being more than a decade old now, The Sims has seen numerous ports and spinoffs for consoles ranging from the Game Boy Advance to the PlayStation 2. The most recent PC game arrived in June 2009, and will soon be getting its second expansion pack. The console versions will be out this fall. 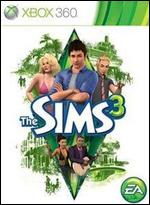