The recent trend of EA’s "Project 10 Dollar" has been widely interpreted as a shot across the bow of GameStop’s used game business. The company, however, is denying that the move is to spite used sales, instead claiming it is merely in the player’s best interest. "It’s all about the customer, about improving their experience," said EA U.K. head Keith Ramsdale in an MCV interview. "It’s not a defensive measure against pre-owned or piracy."
Though the statement may sound driven by corporate politics, GameStop seems to agree. The company recently remarked in an investor’s meeting that it doesn’t perceive aggressive moves from EA, such as the Online Pass coming to sports franchises like Tiger Woods PGA Tour, to be much of a threat to its bottom line. Time will tell if their plans to profit from downloadable content work out.

As for improving customer experience, most consumers don’t seem to mind. Players have a small added incentive to pick up a new copy, and we haven’t seen many complaints for a few free goodies to new purchasers. The outcry might grow once the Online Pass model hits retail, but in the meantime the trend is starting to spread to other publishers’ games, like Alan Wake. 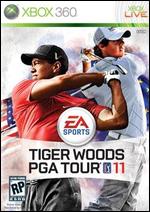