Just in case you were wondering whether U.K.-based developer Rare would have anything to show for themselves at E3 besides a snazzy new brand, a countdown clock has appeared on their website that counts down to...well, June 15. The first day of E3. How about that?
Naturally, there’s not much to go on at the moment other than the 7-Day countdown clock, but their site does also show an Xbox Live Avatar and the message "One in a million" in the corner. So could there be an impending announcement that’s somehow Avatar-related? Then again, there’s also a message that reads, "rare.co.uk will be returning soon," so maybe this is just the worst and cruelest way to tease fans about what will only be a website redesign.

Besides the rerelease of Perfect Dark on XBLA earlier this year, Rare hasn’t released (or even announced) a new game since Banjo-Kazooie: Nuts & Bolts in 2008, so they’re definitely due for a new announcement. Well find out for sure once E3 starts next week 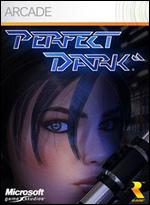