The downloadable spin-off Lara Croft and the Guardian of Light may be planned for release later this year, but it looks like Tomb Raider fans have quite a bit of a wait left for the next main entry in the series. Eurogamer reports that Crystal Dynamics is in fact working in the next proper Tomb Raider game, but it won’t be ready for release until Christmas of 2011.
According to Eurogamer’s anonymous source, the new game is in development for the Xbox 360, PlayStation 3, and PC. Additionally, earlier this week, ex-Crystal Dynamics artist Joel Boucquemont posted Tomb Raider concept art on his personal website (one piece shown above), and this anonymous source confirmed that at least some of it does relate to the new Tomb Raider in development. The source also claims that Crystal Dynamics has wrapped up work on Guardian of Light, and all their focus is now on this new entry in the proper Tomb Raider series.

Besides all that, though, it looks like the source didn’t have many other details on this new game, including any gameplay details or even confirmation of what it’ll be titled. Last year, documents from a consumer survey leaked details on one concept for a Tomb Raider reboot starring a younger and inexperienced Lara Croft, but with so much time having gone by, it’s impossible to say how much (if any) of those earlier details will actually make it into the new game.

And again, considering this game (and let’s clarify that even its existence is still unconfirmed by Crystal Dynamics) is reportedly planned for release late next year, it could be a while before we hear anything more about it. 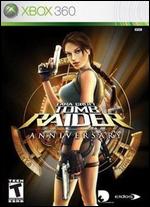