Lara Croft and the Guardian of light

The DLC campaign starts on August 18 with the release of Lara Croft and the Guardian of Light as part of Microsoft’s Summer of Arcade programme on XBLA. The game is the first fully downloadable arcade game based on Lara Croft and not only includes a new isometric view in the brand new single player adventure, but also includes a franchise first two player offline cooperative experience. This marks the beginning of the Downloadable Lara Croft campaign which will run until the end of 2010.

On September 28 - Lara Croft and the Guardian of Light will be released with full online support on PlayStation Network and PC (via the Steam network). On the same day we will offer a free update for Xbox 360 gamers to download which will include the introduction of two player online co-op as well as full leaderboard support and voice chat functionality.

"DLC for us means Downloadable Lara Croft," said Darrell Gallagher, General Manager of Crystal Dynamics. "It all begins in August with Lara Croft and the Guardian of Light releasing on XBLA and runs through to the end of the year with the additional packs we will be offering. Oh and be prepared for a few surprises."

From October to December the Downloadable Lara Croft campaign continues with 5 packs available across all formats. The first three are expansion packs featuring a combination of all new puzzle, exploration and combat experiences in the game and new areas to explore. The further two packs are playable character packs, offering gamers the chance to experience the entire adventure without Lara Croft and Totec and instead with some other well-known videogame characters... 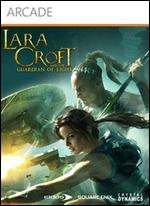 Xbox one no signal
Post by debrartin
0 Replies, 115958 Views