When Metal Gear Solid creator Hideo Kojima made clear a couple days ago that announcements planned for the weekend would not involve "[Zone of the Enders 3] and so forth," he meant it -- sadly, no game reveals were made. But during a recording of the Hidechannel Radio podcast in front of a live audience, Kojima did reveal details about the voice casting for Castlevania: Lords of Shadow, and also slipped a few interesting details about his intentions for a potential follow-up to Metal Gear Solid: Peace Walker (via Andriasang).
During a Q&A session with the audience after the podcast was recorded, a fan asked Kojima whether there would be a Peace Walker sequel. In response, Kojima said that due to Peace Walker’s success, he wants to make "something bigger," a game that might be on consoles but can also be transferred to a portable to take with you on the go. But this might only be a follow-up to Peace Walker thematically, as Kojima noted that he couldn’t say "if such a game would be a sequel or not."

He also revealed that Kojima Productions is in charge of recording the Japanese voice-acting for Lords of Shadow, and he’ll be bringing back a number of Metal Gear Solid voice actors for the title -- including the voice of Solid Snake, Akio Otsuka (please be Dracula, please be Dracula...). Whether this means Kojima Productions will also be in charge of the English voice-work (and if actors from the English MGS series will show up -- say, our own Solid Snake, David Hayter?) wasn’t addressed.

There were a number of other topics discussed during the event, some more specific to Japan (like the announcement of a Peace Walker "drama CD" with 50 more minutes of content from the Peace Walker cast), but there also came another interesting question during the Q&A: Apparently a concerned fan finally asked Kojima why he always promises his current Metal Gear game will be his last. Kojima’s explanation: He puts so much energy into his current game that he feels like he could never make another one, but after some time passes he always finds he still has the desire to.

So we suppose if we ever hear him make the promise to leave the series behind again, here’s another reason not to believe him. 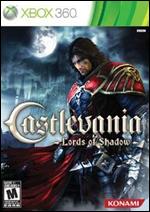