The patch adds several new features and addresses spawn issues, round times, matchmaking and several other issues as detailed in the attached list.

In addition, the update also resets the time limit for the trial version of the game, allowing everyone to experience all the new features for themselves, including players who previously downloaded the trial version. The update goes live today for XBLA.

"The entire team took fan feedback and critique to heart and constructed the update to specifically address their concerns," said Jared Gerritzen, Lead Designer at Zombie Studios. "As one of the summer’s top XBLA downloads, we’re really happy with the way fans have been enjoying the game, and we’ll continue to make sure players are having the best online experience possible."

"What we have always tried to do from the outset with Tango Down is rewrite the rules for DLG’s" added Marcus Beer, PR Director for UTV Ignition Entertainment. "By listening to player feedback and releasing this second free update, we are showing our commitment to gamers that we will continue to support and improve the game, which is not something that often happens with downloadable games."

Players who were once frustrated by spawn campers will find relief as the update includes an increased spawn invincibility time to prevent enemies from making easy kills. Additionally, the update improves matchmaking times as it brings gamers into the action faster than ever before. These, in addition to dozens of additional fixes, give fans a deeper, richer and more streamlined experience with the summer’s best-selling XBLA shooter which sold over 100,000 copies in its first 3 weeks on release.

• Reset player’s trial timer. Trial timer is now set to 20 minutes for both players who have already
used up their trial timer, as well as new users downloading the trial for the first time.
• PC version will support Steam achievements
• Added a new controller layout: Standard 2, which swaps the crouch and melee button mappings
• Added a watermark version number to the title screen.
• Increased intermission time from one minute to roughly 1 minute 45 seconds to allow for more
players to join a match once the required amount of players is met.
• Increased the additional player search time when searching for a quick match from 12 to 15
seconds.
• Intermissions now show the time remaining on screen when timers are active in order to better
communicate how much time is left in an intermission.
• Modified the Find Games search dialog box to provide more informative information. It now
describes where the player is in the search process (searching, succeeded, choosing best game
and joining).
• Added the ability to switch teams in private match. This is done with a button press when
viewing the player list.
• Made player names colored based on team in the kill list.
• Increased spawn invincibility armor by 50% from 2 seconds to 3 seconds.
• Dropped spawn turret damage by 50%.
• Reduced the shotgun’s maximum range by 36%. It now linearly drops off damage faster over a
shorter distance.
• Decreased the grenade bounciness by 10%.
• Decreased the round time from 15 minutes to 10 minutes.
• Viewpoints are now chosen at random when switching to spectate mode. Players will then cycle
through all available cameras while in this mode.
• Quick Match games now cycle from map to map based on what the players in the current match
have recently played. Thus, players should not repeat maps when staying in the same match.
• Increased the amount of XP earned for completing a match to 500.
• Increased the amount of XP earned for winning a match to 250. Winners will also get the 500
for completion as well.
• Increased the LMG’s damage by 10% and decreased its spread by 20%.

• Fixed a bug where after a host migration in Domination, control points would sometimes show
up as dark gray rather than the color of the team they are controlled by.

• Fixed an issue that was causing sprint to not function when using a South Paw controller
configuration.
• Fixed the match making issues that caused quick match "Find Games" to take extremely long.
Previously players would sit at "Searching for Games" for a very long time before possibly
finding a game. No longer should this happen.
• Added a recent bad host black list. Players will no longer attempt to join stale games.
• Fixed the issue that allowed players to join a game after the intermission had ended, but before
the game had begun. Previously players were joining the game after intermission, and then
being kicked from the game when the match began and as players registered for stat arbitration.
• Fixed an issue where the 9mm spawn in effect was not appearing correctly in some cases.
• Fixed an issue where Quick Match games would change game types when a host migration
occurred when the new host had been invited from a match playing a different game type.
• Fix for the Quick Match menu game mode filter not being saved to what it was previously after
backing out of an intermission.
• Fixed an issue where players could occasionally get stuck cooking a grenade and be unable to
throw it.
• Fixed an issue where meleeing while you were cooking a grenade would cause the cooking timer
to reset.
• Players can no longer melee or switch weapons while cooking a grenade.
• Fix for an issue where the game would occasionally not end after a host migration, forcing
players to quit manually.
• Fixed an issue where control points would sometimes become unhackable by opponents when
they should have been hackable.
• Fixed an issue with unplugging controllers at the title screen could cause the game to soft‐lock.
• Fixed an issue where semi‐automatic weapons could be fired as if they were automatic weapons.
• Fix for the incorrect error message being displayed when pulling out the network cable while in
a loading screen.
• Fix for connection issues being properly and more robustly handled.
• Fix for errors that occur during host migration potentially showing up in English when playing in
a language other than English.
• Fixed an issue where weapon attachments that were set to "none" were not actually being set
to none, but instead were using information from the previous attachment in that slot. This will
make it so the revolver will not inherit increased magazine loads from other weapons.
• Fix for an issue where in rare instances users were not able to hack the first server in Burial
Ground.
• Fix for exploit where users were able to fire their gun while in HRV.
• Fixed an issue where camo names were inconsistent between character camos and weapon
camos.
• Fixed an issue which caused HRV to be functional when flashbanged. Users were able to get
flashed and then switch to HRV to be able to see.
• Fixed an issue in Black Ops where players would be forever stuck in the Lobby if a player joined
and then left.
• Fix for a rare issue where loadouts would occasionally not be set properly after playing a match.
• Fixed an issue such that players can no longer be flashbanged when under spawn invincibility.
• Fix for an issue where some players were reporting that they were unable to acquire the
Gearhead achievement, despite having ranked to 70. We now have a safeguard that ensures a
player gets the achievement when they earn it.
• Fixed for multi‐kill not functioning properly. It was not properly adding the right amount of time
to allow players to get the next kill. Players should now have 2‐3 seconds between kills to
where they will continue to count as a multi‐kill.
• Fixed an issue that caused footsteps of others to not be heard by players. 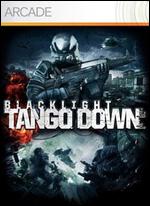