Tron fans can now mark their calendars, as Disney has announced that the upcoming videogame spinoff will be arriving ten days before the film.
Disney also unveiled a sizable collector’s edition, which will retail for $130. The main attraction is a model light cycle, which comes complete with a special display case for the model and a drawer for the game. The collector’s edition will only be available for the Xbox 360 and PS3 versions of the game.

Tron Evolution will detail the events taking place between the original film and the upcoming Tron Legacy, which is due in theaters December 17. The film will reference events that take place in the game, but will be their own standalone experiences.

Tron Evolution will be out December 7. 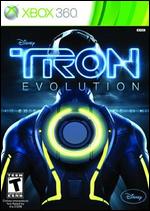