The apparent completion of Star Wars: The Force Unleashed II has brought with it a round of layoffs at LucasArts.
LucasArts confirmed the cuts in a statement (via Kotaku), "LucasArts is reorganizing its teams to better address the needs of the internal studio. Unfortunately, this means adjusting staffing,"

"LucasArts continues to be committed to creating a first-class internal studio ? and to fostering relationships with trusted external partners ? in order to deliver quality games that amaze and inspire fans."

The original Force Unleashed was also followed by substantial layoffs, with some reports indicating that LucasArts planned to give up in-house development entirely. The Force Unleashed II was ultimately developed in-house though, and will be released in October. 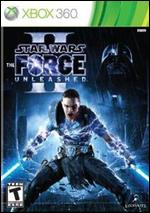