We’ve got bad news and good news. First, the bad news: The new Borderlands DLC pack - that’s Claptrap’s New Robot Revolution - won’t include the two most requested features. Those would be a new level cap and a rebalancing of the main game to accomodate the new level cap. And neither of those will be included with the latest DLC.

Now the good news: They are being included in a free update for the game across all three platforms, Xbox 360, PS3, and PC. Gearbox CEO Randy Pitchford told a live PAX audience that his studio resisted making it a part of a DLC pack since, if they included those features, "you’d have to buy every previous DLC" to get access to said features. So, instead, Pitchford said they were going to release a "free update to Borderlands that will both rebalance the original game around the level cap and increase the level cap for everyone."

But Pitchford said the studio still struggled with how high to raise it. On the one hand, Gearbox didn’t want to match the 11-point upgrade that many people paid for with the "General Knox" DLC, but on the other the devs didn’t want it to be too low, like 5-points. Instead, they came up with another number. "With the current level cap at 61," Pitchford teased, "we realized if we added 8 levels ... "

So the new level cap is 69 and it will be released sometime around the October 12th Borderlands Game of the Year Edition release. 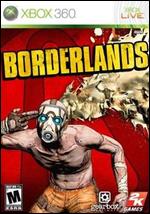