The latest bit of Dragon Age: Origins downloadable content, which is meant to close the book on the game in preparation for its sequel, has run into an ugly bug for some users. The Witch Hunt DLC is apparently not recognizing some players’ completion of the "Dark Ritual" near the end of Origins, creating what BioWare is calling a "continuity bug." The developer’s executive producer, Mark Darrah, wrote on the BioWare forums that they are working to solve the problem.
"While this issue is not affecting the majority of people, it is still a significant issue that we will address," Darrah wrote. "We apologize for any inconvenience this may be causing anyone. Clearly, it was our responsibility to catch this sort of issue in the interaction of Witch Hunt with Dragon Age: Origins. Our team is doing everything we can to fix this in a timely manner so those who are affected can go back to enjoying Witch Hunt as soon as possible." BioWare’s Fernando Melo also chimed in to point out that the team is also working on fixing a bug that won’t let users create a save file after completing the DLC.

This is the final piece of DLC for Origins, and has been dubbed the "dramatic conclusion" to Morrigan’s character arc. We expect to see her actions factor in to the future of the Dragon Age universe in some way, which makes it especially important for fans to complete the DLC, bug-free. 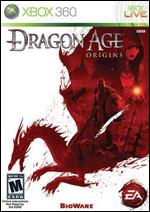