Michael Jackson The Experience Delayed on 360

If you were looking forward to testing out your brand new PlayStation Move controller or soon-to-be-brand-new Kinect with Ubisoft’s Michael Jackson: The Experience, you’re going to have to wait a little while longer. The publisher confirmed to IGN that the Xbox 360 and PlayStation 3 versions of the game are delayed into early next year.
"We’re giving our teams more time to develop the Kinect and Move versions to ensure we deliver awesome experiences that take full advantage of the new technologies," a Ubisoft representative said. All other versions, including the Wii, DS, and PSP, are still on track to release in November, on November 23 to be specific.

As previously revealed, the 360, PS3, and Wii versions of Michael Jackson: The Experience will play more like Ubisoft’s Just Dance games, involving simultaneous singing and dancing using each platform’s respective motion controls. The DS and PSP versions, on the other hand, will be more of a "tap-on" rhythm game like Elite Beat Agents. 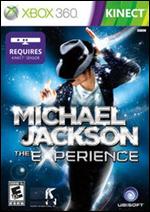