Alien Breed 2: Assault is the second chapter in the Alien BreedTM series, and is an explosive science fiction arcade-shooter with an epic story, swarms of highly intelligent alien enemies and highly detailed environments, developed using Epic Games’ Unreal Engine 3. ‘Assault’ finds the player taking control of Conrad, Chief Engineer aboard the dying ship Leopold, and continuing his fight for survival across the fatally damaged space vessel. His only hope relies on reigniting the alien spacecraft’s monstrous engines to rescue him from impending annihilation, but to do this he will have to survive wave after wave of relentless alien assaults. In addition to the thrilling single-player campaign and all new "Survivor" modes, the game also offers action-packed, two-player online co-operative battle modes.

"As the second adventure in the Alien BreedTM trilogy, we’re really happy with how much ‘Assault’ adds to an already strong gameplay formula. We’ve got some awesomely destructive new weapons to purchase and upgrade, monstrous new boss battles, and some really exciting set-pieces", says John Dennis, Head of Design at Team17 Software Ltd. "Add to this our brand-new "Survivor" Mode, which pits players against relentless waves of enemies in either single-player or two-player co-op, and the stress-inducing, claustrophobic experience of moving ever deeper into a space station infested with blood-thirsty aliens, and you get a very strong offering that we hope will please both Alien BreedTM fans and players new to the game alike." 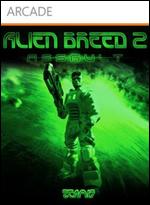