According to the rumors section in the latest issue of PC Gamer magazine (via CVG), the next Tomb Raider game will be "set on a Japanese island," with the idea being that players would explore "one cohesive level with multiple ways around the puzzles."

The report also suggests that the adventure will star a younger, less experienced Lara, exploring the character’s origins.

Note that this game would be a continuation of the Tomb Raider series that was last explored in Tomb Raider Underworld, and not the recent digitally-distributed spin-off Lara Croft and the Guardian of Light. 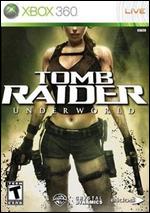